Best DWI Attorney is dedicated to providing a comprehensive list of DUI attorneys to best fit the needs of each case.
This page provides recommended attorneys based on filters, compatibility, and a financial commitment on behalf of the law firms.

Criminal cases are handled with a separate set of guidelines than civil/contractual/family law. As a result, it’s extremely difficult for an attorney who focuses on all these areas at once to be most proficient at all of them. While most legal firms handle a few DUI cases a year. Mr. Pittman only handles DUI/Criminal cases so you receive the most aggressive up-to-date exhaustive defense in those areas. At Pittman Law, their single focus is helping you win your Criminal/DUI case. 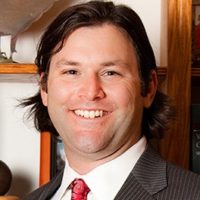 Before his career as a defense attorney, Aaron was raised in Phoenix, Arizona and attended Brophy College Preparatory. After graduating from Brophy he attended The University of Arizona where he majored in Political Science. Upon graduating from college Aaron decided to pursue a Law Degree. He followed a long family tradition and attended the University of South Dakota where he focused his studies on becoming a defense attorney.

Born and raised in Indiana, Ryan grew up in a police family. This gives Ryan a different perspective to Criminal Defense. Ryan understands the ins and outs of law enforcement, as well as the distinct issues that clients can face in their cases. Ryan brings both tenacity and compassion when dealing with his cases that puts his clients at ease knowing they are in good hands.

Ryan was admitted to the practice of law in Arizona in 2011 and is licensed in Federal Court. He is a member of the State Bar of Arizona and Maricopa County Bar Association and has concentrated his efforts in Criminal Defense. Ryan has knowledge and works on cases ranging from 1st Degree Murder and high level felonies to DUI’s and other misdemeanors.

Robert was admitted to the Arizona State Bar in 2013 and the California State Bar ins 2015. Robert is also admitted in Federal Court in the District of Arizona and has being awarded the distinction of being in the Nations Top 1% of Attorneys awarded by the National Association of Distinguished Counsel.

Robert’s primary focus in criminal defense is DUI and allegation of driving while impaired. Robert believes a vigorous defense is essential to protecting all citizens’ rights and upholding the traditions embodied by the Bill of Rights. Robert was born in Arizona and attended Arizona State University and Brophy College Preparatory where he was regional champion and captain of the wrestling team.

Craig Orent is an experienced, aggressive, passionate trial attorney who has been trying criminal cases for 28 years and is the founder of Orent Law Offices. He takes on any case where the government has accused someone of wrongdoing. He approaches every case with the same passion and dedication whether a minor traffic ticket or capital first degree murder. This derives from Craig’s philosophy that each person should be represented in the same way that he or a family member would want to be represented if faced with similar accusations. He applies 100% of his energy to each and every case because it is his case, and he knows that he is representing a person. 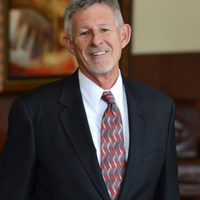 Mark N. Weingart has been practicing law for 35 years. He is a former assistant county prosecuting attorney in the State of Ohio, where he prosecuted in excess of 100 D.U.I. cases early in his career. When he came to Arizona in 1979, he was appointed as a city court judge in the City of Tempe, where he presided over D.U.I. cases. At the time Mr. Weingart was the youngest appointed city judge in Arizona. He worked full and part-time in that capacity as a judge from 1979 until 1986. Also for a six-year period, he served as an Assistant Attorney General for the State of Arizona.

Scott C. Silva is an AV "Preeminent" ® Peer Rated Attorney (highest possible rating in both legal ability and ethical standards) by Martindale-Hubbell. He was selected as one of the TOP FIVE criminal defense attorneys in Maricopa County by North Valley Magazine and East Valley Magazine in 2013. He was awarded the "Top 100 Criminal Defense Trial Lawyers" by the National Trial Lawyers in 2014 and selected "Top 100 Lawyers" by the American Society of Legal Advocates, 2015, 2014. Additionally, he was recognized as a "Premier" trial attorney in the State of Arizona by the American Academy of Trial Attorneys, 2015 and was recognized as one of the top DUI attorneys in the State of Arizona by The National Advocacy for DUI Defense, 2015. 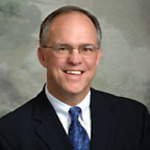 Steve Sherick is a "near native" Arizonan having lived most of his life in Tucson. He received his undergraduate and legal education at the University of Arizona. Since 1980 he has devoted all of his practice to criminal law, always in defense of those accused of crimes. He received his Board Certification in Criminal Law from the Arizona Board of Legal Specialization in 1991 and has retained that certification to the present. Mr. Sherick has been actively involved in professional organizations and has served on the State Bar Criminal Justice Section and the State Bar Board of Governors.