Born and raised in Indiana, Ryan grew up in a police family. This gives Ryan a different perspective to Criminal Defense. Ryan understands the ins and outs of law enforcement, as well as the distinct issues that clients can face in their cases. Ryan brings both tenacity and compassion when dealing with his cases that puts his clients at ease knowing they are in good hands.

Ryan was admitted to the practice of law in Arizona in 2011 and is licensed in Federal Court. He is a member of the State Bar of Arizona and Maricopa County Bar Association and has concentrated his efforts in Criminal Defense. Ryan has knowledge and works on cases ranging from 1st Degree Murder and high level felonies to DUI’s and other misdemeanors.

Robert was admitted to the Arizona State Bar in 2013 and the California State Bar ins 2015. Robert is also admitted in Federal Court in the District of Arizona and has being awarded the distinction of being in the Nations Top 1% of Attorneys awarded by the National Association of Distinguished Counsel.

Robert’s primary focus in criminal defense is DUI and allegation of driving while impaired. Robert believes a vigorous defense is essential to protecting all citizens’ rights and upholding the traditions embodied by the Bill of Rights. Robert was born in Arizona and attended Arizona State University and Brophy College Preparatory where he was regional champion and captain of the wrestling team.

Craig J. Rosenstein is a graduate of the University of Arizona in Tucson, Arizona. He received his Bachelor of Arts degree in Political Science. Following his undergraduate education, Mr. Rosenstein went on to receive his Juris Doctorate (J.D.) degree at Arizona State University Law School. During his time at ASU Law School, Craig clerked for an Arizona State Legislator, while simultaneously working for a solo practitioner. After law school, Mr. Rosenstein became partner of a law firm, where he handled the firm's business law, civil litigation and DUI defense cases, before eventually limiting his practice and focusing exclusively on DUI and drug cases. Mr. Rosenstein then went on to found Rosenstein Law Group, PLLC.

Joshua S. Davidson's path to becoming a criminal defense attorney began when he graduated from the University of Arizona with a Bachelor of Science degree in Finance. After receiving his Bachelors, he earned his Juris Doctor from the Emory University School of Law in Atlanta, Georgia. After finishing law school, he returned to Arizona where he worked as a prosecutor for five years. Responsible for criminal offenses such as misdemeanors, vehicular offenses, narcotics offenses, sex crimes, and domestic violence-related homicides, Joshua S. Davidson spent most of his time in the Major Crimes Division of the Maricopa County Attorney’s Office. 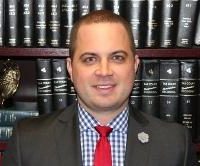 When it comes to finding the right criminal defense attorney, passion is everything. As a DUI and criminal defense lawyer, Attorney Jefferson Simmons pours years of skill and experience into every case that he handles. He truly cares about the outcome of each case and is dedicated to providing the best legal advocacy possible.

After graduating from law school, Jefferson moved to Arizona and started his career at the Maricopa County Attorney's Office. There, he began working as a prosecutor and gained invaluable courtroom experience handling all types of misdemeanor and felony criminal cases, ranging from DUI to homicide, including assault and drug cases.

Scott Maasen is an honors graduate of Arizona State University in Tempe, Arizona. Mr. Maasen received his Bachelor of Science Degree in Political Science in 1993. While at ASU, he served as the student body president from 1992-1993. Mr. Maasen then received his Juris Doctorate Degree from California Western School of Law in San Diego, California. Prior to becoming an Arizona DUI defense attorney, Mr. Maasen worked as a DUI prosecutor for Maricopa County, and also worked for a local Maricopa County judge before starting his DUI and criminal defense firm in 2000. 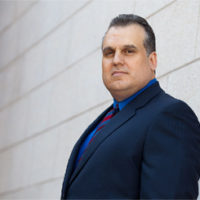 Paul A. Ramos is a CERTIFIED CRIMINAL LAW SPECIALIST through the Arizona Board of Legal Specialization, State Bar of Arizona and is also a member of and currently chairs the Criminal Law Advisory Committee and is a member of the National College for DUI Defense, Inc.

Furthermore, Paul Ramos is AV Preeminent ® Rated (Highest Possible Rating in Both Legal Ability & Ethical Standards) by Martindale-Hubbell®. His AV Preeminent Rating is also included at Lawyers.com. In 2012, Mr. Ramos was selected as one of Arizona's Top Rated Criminal Defense Lawyers and a Top DUI Lawyer by North Valley Magazine. 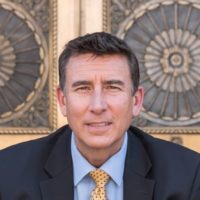 Stephen L. Duncan, offers his experience as a former prosecutor who worked in both Maricopa County and at the state Attorney General's Office. He has prosecuted hundreds of cases, including the most severe felony charges. Through his experience and insider knowledge, we can help design effective strategies to challenge or weaken a prosecutor's case. Trust in this firm's established reputation for delivering superior, outstanding advocacy to each and every client. If you are facing a DUI charge, you deserve nothing less than a lawyer who will go the extra mile. 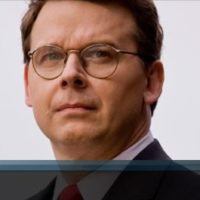 In a matter of seconds, your life can suddenly take a turn for the worst. All it takes is flashing red lights in your rearview mirror or uniformed law enforcement officers at your door. An arrest for DUI felony or misdemeanor in Phoenix or the surrounding areas is traumatic enough. Mr. Novak is a former prosecutor who knows that going through the Maricopa County criminal justice system can be anxiety-inducing, on top of already extreme emotions you may be experiencing.