Best DWI Attorney is dedicated to providing a comprehensive list of DUI attorneys to best fit the needs of each case.
This page provides recommended attorneys based on filters, compatibility, and a financial commitment on behalf of the law firms.

DUI/Drunk/Impaired driving causes unnecessary harm and devastation to many families through out the United States. Georgia DUI attorney Ty Wilson can quickly lock down evidence and help you or your loved ones make sure that the person who caused the unnecessary injuries and damages are held responsible for their poor choices. Evidence gets destroyed or is lost quickly after any wreck. The faster you are able to get someone working on it on your behalf the more likely you will have the evidence you need should you have to fight. If you or a loved one has been affected by a DUI, contact our office for a FREE case audit today. 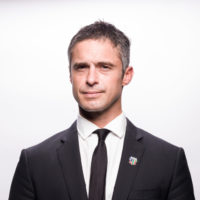 Jason Cerbone is a DUI Defense Lawyer in Savannah, Georgia at Cerbone DUI Defense. He is NHTSA certified in DUI Detection and Field Sobriety Testing. If you have been arrested for DUI in Savannah, Georgia call him up. A client's happiness is of utmost importance, especially in DUI cases. That's why Jason treats his clients as friends, not just business contacts. Let his nationally recognized DUI defense lawyer guide you through this. His experience, reputation, and courtroom skills are well-known. He is devoted to serving you quality service, and takes pride in his happy clients. Each case is different, but his hard-fought defense remains the same. We often negotiate lesser penalties. We can help you get your DUI charges dropped or reduced. 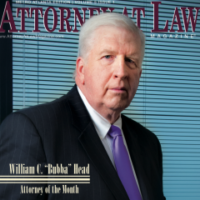 For decades, Mr. Head has been a criminal defense attorney with a reputation for aggressive criminal defense in both misdemeanor cases and felony cases. His reputation as the best DUI attorney in Georgia is based on the number of contested cases that has either negotiated to a reduced plea, or fought successfully at trial over a 40-year career. Bubba and his team of top-flight driving while intoxicated attorneys have successfully represented clients facing alcohol and drug charges. Mr. Head has authored several DUI books and hundreds of articles on driving under the influence law and criminal trial practice. His DUI law firm litigates arrest cases across the entire State of Georgia, from his Atlanta attorney headquarters.

Robert W. Chestney is one of only two lawyers in the entire state of Georgia selected by their peers every year to be Super Lawyers® in the limited area of DUI/DWI defense. Board-certified by the National College for DUI Defense. One of the few lawyers in the country originally board-certified in 1999 by the prestigious National College for DUI Defense — and still one of only four lawyers in the entire state of Georgia who hold this distinction. Mr. Chestney was an original member of the Georgia “Defense of Drinking Drivers” group. This organization of lawyers who vigorously defend DUI charges presented him with a Lifetime Achievement Award in 2000 and honored him again in 2002 as DUI Lawyer of the Year. 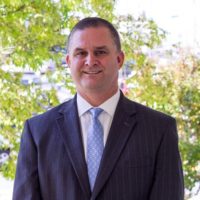 Richard N. Blevins, Jr. has vast experience handling criminal and DUI cases and assists in the firm's criminal section. He is a former Cobb County Assistant District Attorney and Assistant Solicitor General. He is a part-time criminal justice instructor at Chattahoochee Technical College in Marietta, Georgia. He also graduated third in his class at the DeKalb County Police Academy and achieved an intermediate certification from Georgia's Peace Officer Standards & Training Council. With all of his experiences as a district attorney and police officer, Mr. Blevins knows how to defend a DUI case. He knows which questions to ask and how to get controversial evidence, such as breath testing and field sobriety tests, thrown out.

After law school, Daniel spent three years as a DUI/misdemeanor prosecutor with the Fulton County Solicitor’s Office. Daniel spent the next five years with a small law firm where he handled a broad range of criminal and civil matters in Federal Court as well as State and Superior Courts throughout Georgia. DUI Trial Attorney Daniel Farnsworth began his legal career as a DUI prosecutor in Fulton County. After leaving the Fulton County Solicitor's Office, he has spent the last 8 years defending clients charged with DUI in cities and counties across Georgia including: Fulton, Atlanta, Sandy Springs, Roswell, Cobb, Marietta, Smyrna, Gwinnett, Lawrenceville, DeKalb, Doraville, Clayton, etc. Contact Daniel Farnsworth for a free consultation. 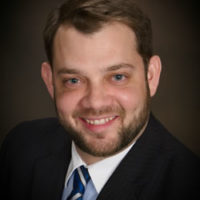 These top rated attorneys are continually learning and staying abreast of the latest changes in DUI laws in the state of Georgia and have demonstrated an ability to navigate the courtroom. When you have an attorney who is experienced you will feel more confident and more calm than when you are dealing with someone who is a general practice attorney who takes any and all cases.