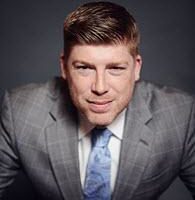 Courtney T. Henderson, a partner at Billam & Henderson, LLC, has practiced criminal defense during his career in courts throughout Kansas and Missouri. He served as an Assistant Deputy Defender for the 10th Judicial District in Johnson County, Kansas prior to co-founding Billam & Henderson, LLC. During that time he gained invaluable experience on complex criminal litigation. Mr. Henderson has continued to expand his areas of practice to include juvenile defense, high-profile criminal cases and appeals. Mr. Henderson co-authored a book on Juvenile Defense Strategies published by Aspatore Books. He has also been recognized as one of the Top 40 under 40 trial lawyers in Kansas by The National Trial Lawyers in 2012, 2013, 2014 & 2015.

Attorney Norton handles all types of DUI charges in the municipal, district and federal courts of eastern Kansas. Since 1994 Jay has developed a strong reputation for obtaining favorable results for his clients charged with DUI. Jay Norton is a graduate of the University of Kansas School of Law and he is a Johnson County native. His experience has allowed him to be selected for inclusion in Super Lawyers every year since 2006 including 2014. Attorney Norton is AV® Preeminent™ 5.0 out of 5 Rated by Martindale-Hubbell, which is the highest possible ranking and is reserved for attorneys that have reached the height of professional excellence and that are recognized for the highest levels of skill and integrity. 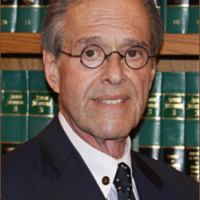 Leslie F. Hulnick is a New York State native who earned his J.D. from the University of Denver in 1975. He maintains the highest rating (“5.0/5.0 AV Preeminent”) from the renowned Martindale-Hubbell rating system. He is a founding member, past dean, and now a Fellow of the National College for DUI Defense. He was the recipient, at Harvard University, of the Erwin-Taylor Award in July, 2014 at the Summer Session of the National College for DUI Defense for his lifetime accomplishments and contributions not only the National College, but also to the entire defense community. 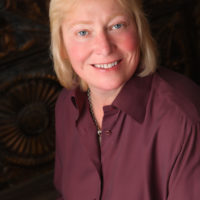 Winner of Kansas City Business Journal’s prestigious Best of the Bar award for 2014, J. Denise Carter started her legal career as an intern for Federal District Court Judge Brooke Bartlett of the Western District of Missouri. She has worked as an Assistant Public Defender, in private practice working for the firm of Powers & Associates, later Powers & Carter and then founded her own law office in 1996 in the Kansas City area. Denise later moved to London, England where she became licensed to practice law and went to work for the firm of Foster Wells in Aldershot, Hampshire, UK. With Foster Wells Denise, became accredited in police station representation, Magistrates Court representation and obtained the designation of Duty Solicitor. 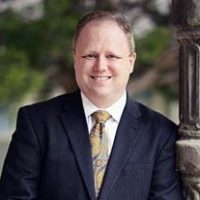 Jason Billam has dedicated his career to defending clients charged with the most serious and complex crimes for over 15 years. Mr. Billam has represented countless high-profile clients including two notable Capital Murder cases: State of Kansas v. John E. Robinson (profiled in Time Magazine) and State of Kansas v. Darrell Stallings. Mr. Billam began his legal career at Watson & Dameron, LLP learning a broad base of the law including civil, plaintiff's litigation, immigration, and criminal defense. Deciding to hone his skills as a criminal defense trial attorney, he joined the Johnson County Public Defender's Office in 2003 to expand his felony trial experience.

Mr. Kane is admitted to practice in both Missouri and Kansas and is a member of the Missouri Association of Criminal Defense Lawyers, Kansas Association of Criminal Defense Lawyers, the National College of DUI Defense, and was selected by ThompsonReuters as a Super Lawyer – Rising Star in Kansas and Missouri. Mr. Kane has extensive experience in aggressively defending DUI and DWI charges, as well as a multitude of criminal charges (both felony and misdemeanor) throughout Missouri and Kansas. We have also assisted hundreds of clients throughout the Kansas City area with getting their speeding tickets and other traffic violations reduced or amended to no-point, nonmoving violations that do not affect their driving record or insurance rates.

Troy V. Huser practices DUI and Criminal Defense in Manhattan, Kansas. He graduated Kansas State University in 1986 and received his Law Degree from the University of Kansas in 1989. Troy Huser was the one of the first attorneys in the State of Kansas to privately own an Intoxilyzer breath test machine.

In October, 2005, Troy and his friend and colleague Roger Falk, were the first DUI Defense Attorneys ever allowed to demonstrate the errors and fallacies of the Intoxilyzer breath test machine to the Kansas District Court Judges at the Kansas Judicial Conference in Topeka, Kansas. Troy Huser is a frequent lecturer on D.U.I. and Criminal Defense tactics. 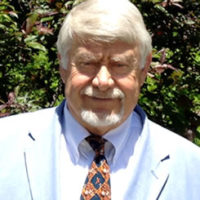 Colt Knutson has been practicing law for over 40 years in a variety of capacities. For the first half of his career he was primarily a prosecutor working for Douglas County, Geary County, Riley County, the Cities of Lawrence and Ogden as well as sitting as the Municipal Judge of St. George, Kansas. However, with the span of his career he has seen how the landscape of criminal law has changed (in his opinion, not for the better) and has dedicated himself to assisting individuals who find themselves at the mercy of the system in our presently over-policed society. Colt has the seasoning, experience, and tools to best serve those who put their future in his hands. A trust he takes most seriously.

Jon McConnell was inspired to pursue law because of an inherent need to help others. His father is a pastor, and Jon knew at an early age that he would either follow in his father’s footsteps or become a defense attorney. However, Jon feels the most reward when he protects someone who is at the lowest point of their lives. They don’t have a friend in the world and have nowhere else to turn. Helping others brings out the best in Jon. In order to do the most good, Jon fulfilled his calling by becoming an attorney. Jon doesn’t pass judgment on people. His job is to protect clients when it seems that everyone else is against them. 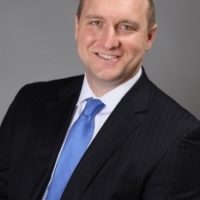 Robert "Chris" Gigstad also known as "The KC DUI Guy" is from Garnett, KS, where he attended Anderson County High School. He later attended college for his undergraduate degree in Political Science and History at Kansas State University. After which he attended The University of Tulsa School of Law in Tulsa, OK and Washburn Law School in Topeka, Kansas where he obtained his Juris Doctorate in the study of Law. After getting his degree to practice law Robert opened Gigstad Law Office LLC with the goal in mind of representing people facing problems. Gigstad Law Office LLC focuses on helping clients facing criminal charges in the State of Kansas.

These top rated attorneys are continually learning and staying abreast of the latest changes in DWI laws in the state of Kansas and have demonstrated an ability to navigate through the various courtrooms. When you have an attorney who is experienced you will feel more confident and more calm than when you are dealing with someone who is a general practice attorney who takes any and all cases.