John Stevens Berry, Sr. has appeared in court in 24 states and two foreign countries. Following his military service, he was briefly associated with the Henry B. Rothblatt Offices in New York in 1970 and 1971, where he tried a number of high-profile cases. He returned to Lincoln, Nebraska, in 1971 and has continued to have a regional criminal trial practice. In 1986, he was Civilian Defense Counsel in the biggest drug bust in the history of Japan. He has conducted seminars for practicing lawyers in Kansas City, Missouri, and Lincoln and Omaha, Nebraska, and has been invited to the Judge Advocate Generals School at the University of Virginia, Charlottesville, Virginia, to lecture on issues regarding criminal defense in the military. Mr. Berr 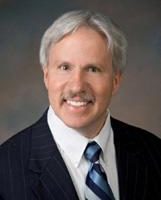 At McHenry Haszard Law, they provide their clients with a legal team that is led by attorneys holding more than a century of combined legal experience and a firm that has been in practice for more than 35 years. This experience isn't had in just one narrow area: It is held across a wide range of practice areas. As a result of this experience, our attorneys understand the law, not just as it exists in the books, but as it is really practiced in the real world. Our firm represents clients in civil and criminal matters alike. In civil matters, our clients include people facing personal family matters as well as people planning out complicated future business arrangements. Our criminal representation includes DWI matters as well. 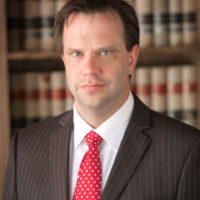 Mr. Kelly has been practicing law since November, 1991. He is an experienced trial attorney in both State and Federal Court systems. He is a member of the National Association of Criminal Defense Lawyers, the National College of DUI Defense, the Nebraska Criminal Defense Attorneys Association, the Iowa Bar Association and the Nebraska Bar. He has always defended individuals accused of crimes during his legal career.

These top rated attorneys are continually learning and staying abreast of the latest changes in DWI laws in the state of Nebraska and have demonstrated an ability to navigate through the various courtrooms. When you have an attorney who is experienced you will feel more confident and more calm than when you are dealing with someone who is a general practice attorney who takes any and all cases.