Best DWI Attorney is dedicated to providing a comprehensive list of the best DUI attorneys in Las Vegas who best fit the needs of each case. This page provides those recommended as the best Las Vegas DUI attorneys based on filters, compatibility, and a financial commitment on behalf of the law firms.

If you are charged with DUI in Las Vegas, there are many ways to counter the charge. Attorney Ross Goodman investigates the scene of the charge or arrest and defends by looking at the facts, usually, the police and the clinic lab results are inaccurate, and this level of expertise can only be found in experienced DUI attorneys like Ross. Ross C. Goodman has maintained the boutique firm Goodman Law Group, P.C., dedicated in providing each client personalized service and attention to detail. Ross C. Goodman's level of commitment in understanding the legal issues involved in each matter has garnered a series of Not Guilty and Multi-Million Dollar verdicts and settlements. 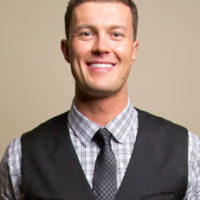 Adam Vander Heyden is originally from Eagle, Wisconsin. After graduating from Thomas Cooley Law School in Michigan, he has dedicated himself and his career to helping people through a difficult time in their lives as a criminal defense attorney. Over the past 6 years, Adam has handled over 1100 DUI cases, resolved over 50,000 traffic tickets, and made thousands of court appearances for his clients. Every day Adam’s focus is on protecting the constitutional rights of Nevada citizens, preventing abuses by the state, and ensuring that one mistake does not cost someone their life, career, or future. 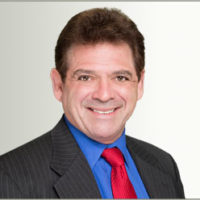 Mr. Yampolsky is AV rated by Martindale-Hubbell, the highest rating available to any attorney. This rating is obtained by an independent rating of lawyers and judges who are familiar with his representation of clients. Less than 7% of all law firms in the United States are accorded this honor. Mr. Yampolsky is past President of the Nevada Attorneys for Criminal Justice. 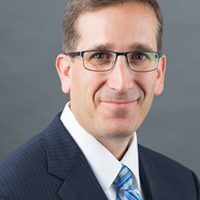 Joel Mann is committed to his clients and works tirelessly on their behalf. His goal is to be an advocate, who can always be counted on to fight for his clients—that is the foundation of his law firm. He firmly believes in keeping the lines of communication to his clients open in order to help them understand the process they are experiencing. By treating the client-attorney relationship as a partnership, clients can rest assured that they are getting the best representation possible.

Attorney Adam J. Wax, Esq., is a Las Vegas, Nevada, local who has been practicing law in Nevada for over half a decade. He has been admitted to practice law and remains in good standing in both the State of Nevada and the United States District Courts. Mr. Wax attended the University of Southern California (USC) in Los Angeles, California, graduating in 2006 with a Bachelor of Arts in Political Science and with a Minor in Law and Society. He then returned to Las Vegas to attend the William S. Boyd School of Law at the University of Nevada, Las Vegas. While attending, Adam Wax was selected as a Judicial Extern to the Honorable Mark R. Denton, District Court Judge, and Adam was awarded his Juris Doctor in 2010.

Attorney Chip Siegel has worked hard since his days in law school to be where he is now: a private practice attorney who can offer clients with affordable, aggressive, and reliable legal defense when they need it most. Chip's practice hails from his firm belief that each and every one of the individuals that he serves are truly entitled to respectful treatment and dignified representation. As such, he has taken care to ensure that his fees are affordable, his experience his worthwhile and his attention is not scattered among too many clients at one time. It takes only one look at the attorney's impressive list of past case results to see that his efforts have not been in vain. 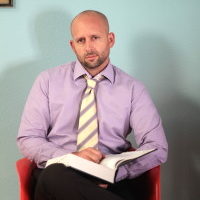 Adam J. Graves is licensed to practice law in the state of Nevada and practices criminal law in southern Nevada. The majority of his experience is in DUI defense. Mr. Graves strives to keep all his clients informed at all stages of their case. Mr. Graves grew up in Central California and obtained his Bachelor of Science degree from California State University, Fresno. His major was Business Administration with an option in Finance, and he graduated Magna Cum Laude. He always wanted to attend law school, but first worked in the private sector before attending Arizona Summit Law School in Phoenix, Arizona, his birth state.

Attorney Michael R. Pandullo has successfully handled every type of criminal case that exists in Nevada, from misdemeanors to serious felonies, in state, federal, and municipal court. He has won acquittals in front of judge and jury, had more clients' charges dismissed than I can remember, saved countless criminal defendants from prison and felony conviction, and overturned a life sentence on appeal. Mr. Pandullo is passionate about criminal defense, and is competitive. He will do whatever he can, within the limits of the law and my ethical duties, to get your charges dismissed or get you acquitted. 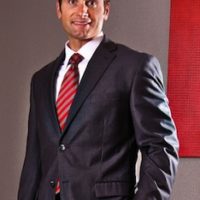 Attorney Josh Tomsheck is a Partner in the Las Vegas Trial Lawyer firm of Hofland & Tomsheck and heads both the Criminal Trial and Personal Injury Practice Groups for the firm. Mr. Tomsheck is a veteran Las Vegas Trial lawyer who has chosen to commit his practice to fighting for the rights of others who have been injured or charged with crimes. Prior to forming Hofland & Tomsheck with long-time Las Vegas Attorney Bradley J. Hofland, who leads the firms Family Law and Civil Litigation practice groups, Attorney Tomsheck worked for many years as a Chief Deputy District Attorney in the Clark County DA's office as a criminal Trial prosecutor.

Garrett T. Ogata attended The University of Maryland – School of Law in Baltimore, Maryland. He began his career as a law clerk for Judge Michael Douglas in Clark County, Nevada. He focuses his practice in DUI defense and criminal defense and is licensed to practice law in Nevada, California and Utah. Garrett has worked on numerous cases and can provide excellent representation for your case.

We have searched to find the best DUI attorneys / lawyers in Las Vegas; those who are experienced with DUI law and who know how to deal with the affects of being arrested for DUI. These top-rated attorneys focus a significant portion of their practices to defending those accused of DUI and they understand that the consequences of a DUI conviction can destroy reputations, families, careers, and finances. They have dedicated themselves to helping people who are in danger of losing much of what they have worked for.

These best DUI attorneys of Las Vegas are continually learning and staying abreast of the latest changes in DUI laws in the state of Nevada and have demonstrated an ability to navigate through a Las Vegas courtroom. When you have an attorney who is experienced with DUI offenses you will feel more confident and calmer than when you are dealing with someone who is a general practice attorney who takes any and all cases.

Attorneys accepted as the best DUI lawyers in Las Vegas must show they devote a significant portion of their practice to DWI defense. Lawyers chosen to be a part of Best DWI Lawyers are experts in their field and we choose who will be rated with Best DWI Lawyers. If one of our top rated attorneys receives a complaint and does not respond to it in a satisfactory manner we can and do remove them from the site.