Best DWI Attorney is dedicated to providing a comprehensive list of the best DUI attorneys in Reno who best fit the needs of each case. This page provides those recommended as the best Reno DUI attorneys based on filters, compatibility, and a financial commitment on behalf of the law firms. 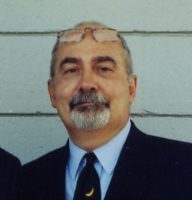 A 1970 graduate of the United States Air Force Academy, and a combat veteran of the U.S. Air Force, Mr. Fey graduated from Nevada School of Law in 1986, and was admitted to practice law first in the State of California, and afterwards, in the State of Nevada in 1987. He has practiced as a private attorney from 1987 through 1995, and then spent four years with the Washoe County Public Defender’s Office.

In 1999, Mr. Fey again entered private practice, and now limits his practice to the defense of drinking drivers. He is a member of the National College of DUI Defense, the National Association of Criminal Defense Lawyers, and is a board member and past Vice-President of the Nevada Attorneys for Criminal Justice.

Robert P. Fahrendorf was a founding partner of the law firm of Fahrendorf, Viloria, Oliphant & Oster L.L.P. He is currently "Of Counsel" where he practices in criminal defense and continues to be closely affiliated with the firm. Mr. Fahrendorf brings over twenty-five years of experience to the firm in the field of criminal law, and his background involves extensive trial work as a private practitioner, an Assistant City Attorney, and as a Chief Trial Deputy with the Washoe County Public Defender's Office.

Before forming the firm, Mr. Fahrendorf had a successful private practice and developed a reputation as one of the pre-eminent attorneys defending people charged with driving under the influence. 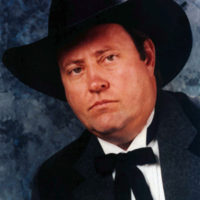 The Law Offices of E.A. ‘Bo’ Pollard, Ltd. provides professional legal representation to residents of all states, as well as non-citizens, facing Nevada and California DUI and various criminal charges. With hundreds of DUI cases successfully concluded, Mr. Pollard is an experienced DUI defense attorney who is recognized throughout the legal community as one of the most effective in protecting the rights of defendants. Bringing 25 years of experience to his cases, Mr. Pollard has served as legal counsel to clients in a variety of practice areas, including: DUI and Criminal Defense, Domestic Relations, Real Estate and Contract Law, Business Litigation, Contract and Statutory Analysis, Workers Compensation and Personal Injury.

We have searched to find the best DUI attorneys / lawyers in Reno; those who are experienced with DUI law and who know how to deal with the affects of being arrested for DUI. These top-rated attorneys focus a significant portion of their practices to defending those accused of DUI and they understand that the consequences of a DUI conviction can destroy reputations, families, careers, and finances. They have dedicated themselves to helping people who are in danger of losing much of what they have worked for.

These best DUI attorneys of Reno are continually learning and staying abreast of the latest changes in DUI laws in the state of Nevada and have demonstrated an ability to navigate through a Reno courtroom. When you have an attorney who is experienced with DUI offenses you will feel more confident and calmer than when you are dealing with someone who is a general practice attorney who takes any and all cases.

Attorneys accepted as the best DUI lawyers in Reno must show they devote a significant portion of their practice to DWI defense. Lawyers chosen to be a part of Best DWI Lawyers are experts in their field and we choose who will be rated with Best DWI Lawyers. If one of our top rated attorneys receives a complaint and does not respond to it in a satisfactory manner we can and do remove them from the site.