Michael McGinnis received his Bachelor of Science degree in Law and Constitutional Studies from Utah State University in 2004. He then went on to attend Western Michigan University Thomas M. Cooley Law School in Lansing, Michigan. While in law school, Mike focused on trial skills with a concentration on litigation. Before turning his practice focus to criminal defense work, Mike worked in civil litigation and family law. Over the years laboring in the legal field, he has gained valuable experience dealing with judges and law enforcement agencies, legal administrators, and clients. Mike is a proud member of the Utah State Bar, the Salt Lake County Bar, the Federal Bar, and the Utah Association of Criminal Defense Lawyers.

Glen Neeley is currently one of two Board Certified DUI Defense Lawyers in Utah and he focuses most of his practice on DUI and Drug offenses. He has spent over twelve years of practice on the defense side. He began to focus on DUI cases in late 1999 and early 2000 after becoming a member of the National College for DUI Defense. He has hundreds of hours of continuing legal education on criminal law issues and specifically on DUI defense.

Because Mr. Neeley's practice focuses on DUI defense, he often speaks and lectures to other lawyers about how to defend a DUI case. He has been interviewed by several TV stations, newspapers and other local media in cases and issues involving DUI or other intoxication issues.

Michelle received her Juris Doctorate from the Suffolk University College of Law in Boston, Massachusetts. Michelle was her class representative to the Student Bar Association as well as a board member of the National Lawyers Guild. She was a member of the American Bar Association Negotiation team at Utah’s S.J. Quinney College of Law while taking classes there as a visiting student.
Prior to becoming a criminal defense attorney, Michelle spent almost eight years prosecuting criminal cases for the largest municipality in the State of Utah.
Michelle was admitted to the Utah State Bar in 2006 and is licensed to practice before all Utah State and Federal courts. 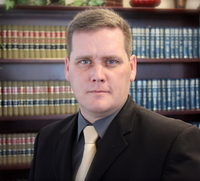 Prior to becoming an attorney, Greg worked as a police officer. He was certified in the Standardized Field Sobriety Tests (SFST), and as a Drug Recognition Expert (DRE). He was also an instructor of the Standardized Field Sobriety Test and an Instructor in the DRE program. He was a member of the DUI task force, member of the SWAT team and a Field Training Officer. He inves 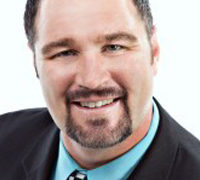 Deven J. Coggins is a native of Ogden, Utah, where he excelled in athletics, earning football scholarships to Dixie College and Brigham Young University. While earning a degree in psychology at BYU, Deven worked as a counselor for the State of Utah Department of Corrections. After graduating from BYU, Deven earned his Juris Doctorate from Lewis and Clark College, Northwestern School of Law. Deven provides services in the areas of Criminal Law and DUI Defense, Divorce and Paternity Law, Custody and Visitation Law, Child Support and Child Support Modification, and Divorce Modifications.

These top rated attorneys are continually learning and staying abreast of the latest changes in DWI laws in the state of Utah and have demonstrated an ability to navigate through the various courtrooms. When you have an attorney who is experienced you will feel more confident and more calm than when you are dealing with someone who is a general practice attorney who takes any and all cases.