Best DWI Attorney is dedicated to providing a comprehensive list of the best DUI attorneys in Ogden who best fit the needs of each case. This page provides those recommended as the best Ogden DUI attorneys based on filters, compatibility, and a financial commitment on behalf of the law firms. 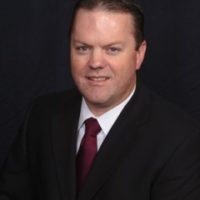 Matthew L. Nebeker is a top-rated Utah DUI Lawyer who concentrates on Drunk Driving, DUI & DLD Defense. Mr. Nebeker dedicates himself and his law practice to aggressively defending those accused of driving under the influence. Mr. Nebeker is a combat veteran of the Gulf War, and was with the U.S. Army, First Armored Division, when they pushed into Iraq to liberate Kuwait. It was during this difficult time that he truly learned about the importance of honor, commitment, and the courage to never give up.

Glen Neeley is currently one of two Board Certified DUI Defense Lawyers in Utah and he focuses most of his practice on DUI and Drug offenses. He has spent over twelve years of practice on the defense side. He began to focus on DUI cases in late 1999 and early 2000 after becoming a member of the National College for DUI Defense. He has hundreds of hours of continuing legal education on criminal law issues and specifically on DUI defense.

Because Mr. Neeley's practice focuses on DUI defense, he often speaks and lectures to other lawyers about how to defend a DUI case. He has been interviewed by several TV stations, newspapers and other local media in cases and issues involving DUI or other intoxication issues.

Deven J. Coggins is a native of Ogden, Utah, where he excelled in athletics, earning football scholarships to Dixie College and Brigham Young University. While earning a degree in psychology at BYU, Deven worked as a counselor for the State of Utah Department of Corrections. After graduating from BYU, Deven earned his Juris Doctorate from Lewis and Clark College, Northwestern School of Law. Deven provides services in the areas of Criminal Law and DUI Defense, Divorce and Paternity Law, Custody and Visitation Law, Child Support and Child Support Modification, and Divorce Modifications.

We have searched to find the best DUI attorneys / lawyers in Ogden; those who are experienced with DUI law and who know how to deal with the affects of being arrested for DUI. These top-rated attorneys focus a significant portion of their practices to defending those accused of DUI and they understand that the consequences of a DUI conviction can destroy reputations, families, careers, and finances. They have dedicated themselves to helping people who are in danger of losing much of what they have worked for.

These best DUI attorneys of Ogden are continually learning and staying abreast of the latest changes in DUI laws in the state of Utah and have demonstrated an ability to navigate through a Ogden courtroom. When you have an attorney who is experienced with DUI offenses you will feel more confident and calmer than when you are dealing with someone who is a general practice attorney who takes any and all cases.

Attorneys accepted as the best DUI lawyers in Ogden must show they devote a significant portion of their practice to DUI defense. Lawyers chosen to be a part of Best DWI Lawyers are experts in their field and we choose who will be rated with Best DWI Lawyers. If one of our top rated attorneys receives a complaint and does not respond to it in a satisfactory manner we can and do remove them from the site.