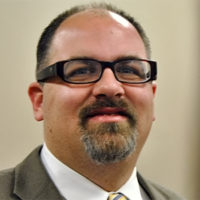 James Bargar has a history as an educator, first in the private sector, and then in the public school system. Over the past six years, he has worked as a trial attorney, practicing almost exclusively in the areas of personal injury, divorce, and criminal defense, putting his skills as an educator to work for his clients in the courtroom arena. James has handled many criminal defense cases in local and state courts, and is a member of the Arkansas Association of Criminal Defense Lawyers.

Pamela Epperson Panasiuk provides aggressive, thorough and personalized representation to individuals accused of crimes. She will protect an accuser's rights and guide them through the criminal justice system. She is a former prosecutor and public defender who will defend her clients by giving them 100 percent through her strong work ethic and attention to detail.

Panasiuk earned her Bachelor's Degree from the University of Arkansas at Little Rock in 1993 and her Juris Doctor at the William H. Bowen School of Law in 1999. Since graduating from law school she has worked as a deputy prosecutor, deputy public defender, and a criminal defense attorney. She has worked for two of Little Rock's most prominent criminal defense attorneys: John We 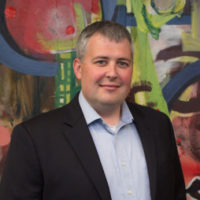 Injury attorney Brandon Moffitt is originally from Lexington, Tennessee, but has lived in Arkansas since 2003 when he moved to Little Rock to attend the U.A.L.R. Bowen School of Law. After law school, Brandon co-founded Moffitt & Phillips and has been extensively involved in the legal profession at the local, state, and national levels. Brandon is licensed to practice law before all courts in Arkansas and Tennessee and also holds an Arkansas Real Estate Brokers’ license. Brandon represents clients across Arkansas and Tennessee in all injury cases including, but not limited to, car wrecks, tractor trailer accidents, wrongful death, and motorcycle accidents.

Patrick Benca co-founded the Benca & Benca law firm in 1998. He has been a passionate supporter of fighting for civil rights since graduating from the University of Arkansas at Little Rock, William H. Bowen School of Law. He has experience working with the Little Rock Police Department’s crime scene investigators and often teaches continuing education courses to his peers about complex issues surrounding search and seizure. Patrick is a death penalty certified attorney who has successfully won appeals in front of the Arkansas Supreme Court for clients on death row. He was also appointed by the governor to the Sex Offenders Assessment Committee.

George “Birc” Morledge, IV attended law school at the University of Arkansas at Little Rock, Birc passed the bar in 2008 and has spent his legal career defending those who cannot defend themselves. He has always felt passionately about standing up for the underdog. While the State and Federal governments have unlimited resources, Birc believes in helping those who have the deck stacked against them. Sometimes popular opinion believes that if you have been arrested, you must have done something wrong, he works hard to change this belief inside the courtroom. 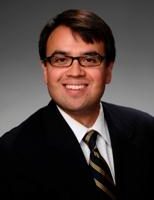 Robert E. Tellez is a founding partner in the Tellez Law Firm PLLC. Mr. Tellez focuses on criminal, DWI/DUI, traffic, and personal injury related issues. In particular, he has an interest in the intersection of criminal and immigration laws. He also has a practice in workers’ compensation issues. Mr. Tellez serves on the Board of Directors for the First Tee of Central Arkansas. He is a member of the National Association of Criminal Defense Attorneys, Arkansas Association of Criminal Defense Lawyers, Arkansas Bar Association, Pulaski County Bar Association, and Hispanic National Bar Association. 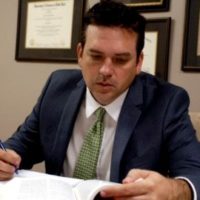 The legal system can be a scary place to those who have had little exposure to the courts or their procedures. Having an experienced, compassionate, and hard-working lawyer can often mean the difference between winning your case and losing. Attorney Ryan Allen, has over 20 years of legal experience in Little Rock and the surrounding areas. Ryan Allen has worked as a Prosecutor and a partner in local firms but now chooses to work as a sole practitioner in order to help the largest number of clients possible.

Toney is a founding partner of the law firm of Files & Brasuell. In 2014-2015, Toney was selected by Soiree Magazine as one of the best attorneys for criminal defense, by Super Lawyer Magazine as one of Arkansas's Rising Stars, and by Arkansas Life Magazine as one of Arkansas's best attorneys. Toney has represented hundreds of state and federal clients charged with capital murder, aggravated robbery, drug possession, theft of property, DWI/DUI, drug conspiracy, money laundering, and many more. He has tried numerous jury trials and bench trials, and has been highly successful in both. 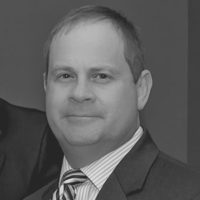 John Collins started his career as a police officer where he served as a field training officer, patrolman, investigator, and instructor of an alcohol education program. John went on to become a Deputy Prosecuting Attorney in Garland County. Mr. Collins has conducted several courses dealing with Arkansas DWI DUI offenses and has been a guest speaker for Arkansas law enforcement training sessions on topics related to DWI DUI. Mr. Collins sat as a Special Judge in the numerous Arkansas District Courts. Mr. Collins is the published author of the DWI Book for the State of Arkansas.

We have searched to find Little Rock attorneys / lawyers who are experienced with DWI law and who know how to deal with the affects of being arrested for DWI in the Little Rock area. These top-rated attorneys focus a significant portion of their practices to defending those accused of DWI or DUI and they understand that the consequences of a DWI conviction can destroy reputations, families, careers, and finances. They have dedicated themselves to helping people who are in danger of losing much of what they have worked for.

These top rated attorneys are continually learning and staying abreast of the latest changes in DWI laws in the state of Arkansas and have demonstrated an ability to navigate through a courtroom. When you have an attorney who is experienced you will feel more confident and more calm than when you are dealing with someone who is a general practice attorney who takes any and all cases.

Attorneys chosen to be in the top list must show they devote a significant portion of their practice to DWI defense. Lawyers chosen to be a part of Best DWI Lawyers are experts in their field and we choose who will be rated with Best DWI Lawyers. If one of our top rated attorneys receives a complaint and does not respond to it in a satisfactory manner we can and do remove them from the site.