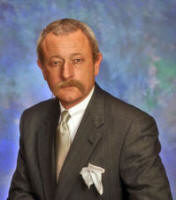 Known for his innovative and solid approaches in the defense of his clients, Mr. Sifers is considered by the prosecutors with whom (and police alike) he deals as an EXTREMELY formidable, if not dangerous, adversary. Bringing an UNMATCHED combination of training, knowledge, and experience to bear for his clients, Mr. Sifers has few, IF ANY, peers in the State of Oklahoma in the defense of persons arrested for, and charged with, DUI or APC. Respected by Judges, defense and prosecuting attorneys, and police officers alike, Mr. Sifers is considered by most of these as Oklahoma's most knowledgeable attorney on DUI and chemical testing. A consultant to several other attorneys - including prosecutors - on dozens of cases, Mr. Sifers' advice is sought on almost a daily basis from attorneys throughout Oklahoma and OTHER States on DUI law, driver's license issues, and/or breath or blood tests.

Mr. Sifers was elected to the Board of Regents of the National College for DUI Defense on July 26, 2000, and served until May, 2005. Mr. Sifers, being the FIRST Regent in the U.S. to ever sit for, and pass, the Board Certification Test, by the National College for DUI Defense (NCDD), previously served as Co-Chair on the Certification Testing Committee. It was during his 2003-04 tenure as Co-Chair of this Committee that the American Bar Association (ABA) recognized

DUI DEFENSE as a "Specialty"

area of Law. And, when Mr. Sifers sat for, and passed, the Board Certification Test by the NCDD, he became the FIRST attorney in the state of Oklahoma to become BOARD CERTIFIED in DUI Defense under this ABA specialization area of law!!

In 1996, Mr. Sifers became the FIRST DEFENSE ATTORNEY in Oklahoma to receive CERTIFICATION & FORMAL TRAINING as an Operator on these Intoxilyzer 5000 breath test machines. Until 2000, he was the ONLY such qualified defense attorney. In that year, the Oklahoma Board of Tests for Alcohol and Drug Influence (the Oklahoma State agency over these machines) held it's first class for Certification of NON-LAW ENFORCEMENT Operators and Supervisors. Mr. Sifers was one of only four persons in that class.

He is one of a VERY SMALL group of persons in Oklahoma that is not connected to Law Enforcement who is Certified by the State of Oklahoma as both an Operator and a Maintenance Supervisor on the Intoxilyzer 5000-D (Oklahoma's evidential Intoxilyzer model). And, two of those persons are in his office! Mr. Sifers, also, owns four (4) Intoxilyzer 5000 breath machines which is likely more than any other law office in the United States - and more than MANY cities - own!

Mr. Sifers has, for the past decade, has attended or spoken at more Continuing Legal Education Seminars on the topic of DUI Defense than any other single attorney in Oklahoma. He has taught other lawyers on the topic of DUI Defense at seminars in fourteen (14) States and Foreign Countries. Of course, he also provides these seminars to lawyers in Oklahoma many times each year.

Mr. Sifers’ Law Office is located in Oklahoma City, where his practice is almost exclusively dedicated to representing persons charged with alcohol related traffic offenses throughout that state. He has represented more than 2,500 of these cases . . and counting.

Mr. Sifers served as a consultant to the Department of Public Safety on Alcohol & Drug Substance Courses ("DUI Schools") in 1978. His recommended curriculum is STILL used as the state-approved guideline for the material taught in these courses today. As a DUI School Instructor, he taught over 20,000 persons these courses from 1979 to 1994. He is a regular speaker at most of the annual update courses for DUI School Instructors. Mr. Sifers is a former Probation Officer for the City of Oklahoma City.

Listing last updated: July 7, 2016 at 12:29 pm
Ready to write your review?
Can you recommend this attorney? Be the first to review them!