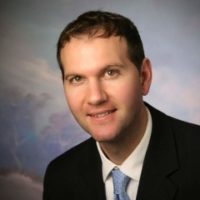 After law school, Craig worked for the South Carolina Department of Revenue handling complex tax litigation and liquor licensing cases. After working for the Department of Revenue, Craig became an Assistant Solicitor for the Fifth Judicial Circuit where he prosecuted a wide range of criminal cases, including DUI, criminal domestic violence, armed robbery, criminal sexual conduct, attempted murder, and murder. While at the Solicitor’s Office, Craig was part of the DUI team and became the Special City Prosecutor for criminal domestic violence. For his work as a prosecutor, Craig was awarded the distinguished John R. Justice Scholarship. After leaving the Solicitor’s Office, Craig developed a criminal defense practice handling cases primarily in York, Lancaster, Chester, and Beaufort Counties.

Craig is admitted to practice and has handled cases in the state and federal courts of South Carolina. Throughout his career, Craig has successfully litigated cases in Magistrate Court, Municipal Court, General Sessions Court, Administrative Law Court, and the South Carolina Supreme Court. In addition to his trial experience, Craig has lectured at law enforcement and Magistrate Court Judge training seminars in the area of criminal law.

In addition to practicing law, Craig is an active member of the community. Craig is a former adjunct professor at Winthrop University, a former voting representative for his neighborhood homeowners association, a basketball coach at the YMCA, and a former member of the Riverview Elementary Student Improvement Council.

Craig is married to the former Holly Griffin of Rock Hill, South Carolina. They have three children.

Listing last updated: June 21, 2016 at 2:09 pm
Ready to write your review?
Can you recommend this attorney? Be the first to review them!