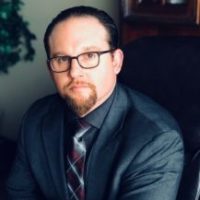 David served in the United States Navy in a highly trained and specially skilled Antiterrorism/Force Protection Unit. After his enlistment, David became a police officer. First, patrolling the streets of South Florida and then, here, in Austin, Texas. David served both as a patrol officer, and as a S.W.A.T. officer, and was specially trained as a certified hostage negotiator. He has investigated all sorts of crimes, ranging from DWI to murder. This practical law enforcement experience affords David a detailed understanding, an expertise, of police policy and procedure.

During law school, David was a member of the distinguished St. Mary’s Law Journal where he held the position of Senior Associate Editor. As noted, he was the recipient of two outstanding editing and writing awards. David was a Teaching Assistant to his Legal Research and Writing (LRW) Professor Judith Gray and a Research Assistant to his Contracts Professor Colin Marks. He was also a Research Fellow for Stephen M. Sheppard, the Dean of the St. Mary’s University School of Law. David also interned with Judge Julie Kocurek as a member of the 390th District Court trial team. During David’s final semester, he worked for the Law Office of Chad Van Brunt in San Antonio, Texas, where he handled a variety of Criminal Law matters, and for the Law Office of KG in Austin, Texas, where he handled a variety of Family Law matters.

After graduating law school, David joined the firm and is now the lead associate at Stephen T. Bowling, PC.

Listing last updated: November 7, 2018 at 6:47 pm
Ready to write your review?
Can you recommend this attorney? Be the first to review them!