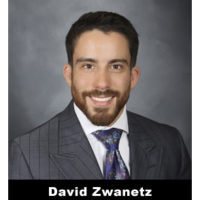 David began his legal studies at Widener University School of Law in 2002. During law school, David realized that Widener's Italian American Legal Society was lacking. He contacted the Order Sons of Italy in America (a 650,000 member worldwide Italian American organization), and was granted permission to start his own OSIA branch at Widener.

David created the first ever law school based branch of OSIA and was duly recognized by several national publications. During his last semester, David was admitted early to the Delaware Bar, to participate in the Delaware Volunteer Legal Services where he focused on assisting victims of domestic abuse.

Upon completion of law school, David returned to Howard County to prepare for and take the Bar exam. While awaiting his results, he tended bar and managed at Historic Ellicott City's Cacao Lane. Ten days before David is sworn in as an attorney, tragedy struck and he lost his longtime girlfriend to a tragic car accident not 5 minutes from their home.

Despite a learning disability, a less-than-perfect upbringing, and suffering personal tragedy, David was admitted to the Maryland Bar on December 15, 2005, and immediately hired by Jason Shapiro and Paul Mack, which had been his goal since his off-chance meeting with Jason Shapiro in 1999.

David quickly progressed in his time with Shapiro & Mack trying a multitude of criminal cases throughout Maryland. In fact, David has the rarified distinction with Jason Shapiro, of together trying and getting dismissed all charges against a client accused of First and Second Degree Murder, and Manslaughter. This case, tried jointly by Mr. Shapiro and David, is the only murder case dismissed in its entirety by the Office of the State's Attorney in this century.

Possessing a fighter's spirit from early childhood and honed from years of combat sports, David began training daily at Crazy 88 Brazilian Jiu Jitsu in 2007, under the tutelage of Julius Park, and started competing immediately. A few short years later, he placed 2nd in the World Championships of Brazilian Jiu Jitsu as a Blue Belt. David, now a Brown Belt, still trains daily, teaches, and competes.

Today, David is an active participant in the Howard County Bar Association, the Maryland Criminal Defense Attorney's Association, and the National Criminal Defense Attorney's Association and sits on the board of Howard County non-profit organization HC Drug Free. In 2008, he was formally recognized by the National College for DUI Defense for his efforts in the defense of citizens accused of driving under the influence. In 2013 he was named a “Superior DUI Attorney” by the National Advocacy Center for DUI Defense.

Listing last updated: June 17, 2016 at 2:51 pm
Ready to write your review?
Can you recommend this attorney? Be the first to review them!