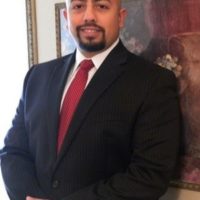 Attorney Qaqish began working as a judicial law clerk for the Honorable Douglas W. Herman, President Judge of the 39th Judicial District (Franklin and Fulton Counties). In this position, he learned the intricacies of the practice of law, particularly Criminal Law and Civil Litigation. In addition to his clerking duties, Attorney Qaqish was promoted to the position of Head Law Clerk, serving the entire 39th Judicial District. During his clerkship, he dealt with countless issues including suppression of evidence in criminal matters, expungement of criminal records, breaches of contracts, personal injury matters, and landlord/tenant disputes.

Listing last updated: June 14, 2017 at 3:16 pm
Ready to write your review?
Can you recommend this attorney? Be the first to review them!