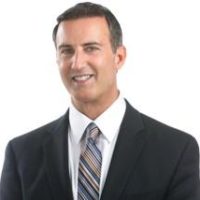 Attorney Paoletti was chosen for inclusion in 'Connecticut Magazine and New England Super Lawyers Magazine as Super Lawyer in Criminal Defense from 2012 - 2014." Super Lawyers is a rating service of lawyers from more than 70 practice areas who have attained a high-degree of peer recognition and professional achievement. The selection process is multi-phased and includes independent research, peer nominations and peer evaluations. Attorney Paoletti was recognized for his Criminal Defense work on behalf his clients.

Paoletti received a Bachelor's degree from the University of Connecticut in 1979 and his Juris Doctorate degree from California Western School of Law in 1982. Attorney Paoletti is a member of the Million Dollar Advocate Forum, an organization whose membership is limited to attorneys who have obtained settlements or judgments of $1 million or more. Attorney Paoletti has an AV Peer Review rating from Martindale-Hubbell, the highest rating available, a testament to his professional accomplishments and ethics.

Listing last updated: July 6, 2016 at 2:27 pm
Ready to write your review?
Can you recommend this attorney? Be the first to review them!