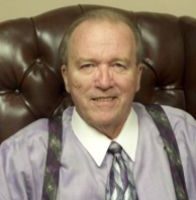 Mr. Farmer is the only attorney in Southern Maryland who handles both multi-million dollar injury cases and significant criminal cases such as homicides, rapes and armed robberies. In Fact, in his 38 years of practice, he has handled over 25 rape cases and none of his clients have been convicted of rape. Mr. Farmer and his firm have had over approximately 200 cases resulting in six to seven figure awards for his clients. Mr. Farmer is licensed to practice in the Maryland State Courts, Maryland Federal Courts, United States District Courts in Washington, D.C., the Military Court of Appeals and the United States Supreme Court.

Additionally, Mr. Farmer is a retired member of the United States Air Force after serving 20 years. He was a highly decorated member during his 20 years in service. During his 38 years of practicing law, he has been past president of the Charles County Bar Association and is currently on the State Board of Trustees for the Public Defender’s Office. Not only has Mr. Farmer had a renowned legal career, he has shown he is a man for all season by winning numerous conservation awards and has twice been honored as the Conservationist of the Year for Maryland, the first person ever to do so. He is a member of the Million Dollar Advocates Forum. He has recently been named as one of the Top 100 Attorneys in Maryland and has also been named as one of the Top 100 Criminal Attorneys in Maryland by the American Institute of Law, an entity which also honored him as one of the 10 Best Criminal Law Attorneys in overall Client Satisfaction.

Some of Mr. Farmer’s other noteworthy accomplishments and leadership positions include being a member of the Fast Pitch Softball Hall of Fame, former Chairman of the MD Legislative Sporting Caucus, national runner-up of the prestigious 2001 Budweiser Outdoorsman of the Year Award, #1 Recruiter in the year of 1975 for the Air National Guard, past President of the Capital Chapter of the Ruffed Grouse Society, and former Chairman of Maryland Quail Unlimited. His efforts range from raising millions of dollars for conservation groups such as Quail Unlimited, the Ruffed Grouse Society, and other charitable organizations. His ranch in Vale, Oregon – the Flying Double F Ranch – is renowned throughout the country as one of the best wild bird hunts in the United States, and attracts people from all over the country.

License
Maryland, 1978
District of Columbia, 1989
U.S. District Court District of Maryland, 1979
U.S. Supreme Court, 1982
U. S. Court of Military Appeals, 1985
U.S. District Court of the District of Columbia, 1994
Education
University of Baltimore School of Law, Baltimore, Maryland J.D., Doctor of Jurisprudence - 1978
University of Baltimore, Baltimore, Maryland B.A., Bachelor of Arts - 1976
Awards
Rue Ratings - Best Attorneys of America in 2014
Rated by Super Lawyers
Member of the Million Dollar Advocates Forum, for all of the million dollar settlements and awards he has won for his clients
The American Society of Legal Advocates declared James F. Farmer as a Top 100 Criminal Defense Lawyer in the State of Maryland for the year 2013
100 Criminal Defense Lawyer in the State of Maryland for the year 2013 Top 100 Criminal Defense Attorneys
Named Maryland Conservationist of the Year Twice, the only such person to be so honored
Named a member of the 2015 Nation’s Top One percent of Attorneys by The National Association of Distinguished Counsel
Named One of the 10 Best Criminal Law Attorneys for Client Satisfaction by the American Institute of Criminal Law Attorneys
Super Lawyers Magazine - Super Lawyer designation, 2015 and 2016
Associations
Maryland Bar Association, Member
Charles County Bar Association, Member (past president)
Prince George's County Bar Association, Member
The Law Office of James F. Farmer, P.A.

Listing last updated: June 17, 2016 at 2:12 pm
Ready to write your review?
Can you recommend this attorney? Be the first to review them!