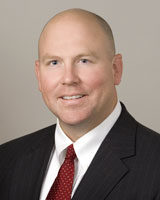 Jeff has offices in Hattiesburg, Lucedale and Ocean Springs, Mississippi. Jeff practices commercial and general litigation, consumer advocacy and bankruptcy, and personal injury. He also represents clients in matters related to DUI and criminal defense. Currently, he has reopened the Business Services aspect of his practice, in an effort to assist business clientele as they navigate through a wide array of matters ranging from pre-formation to dissolution.

Jeff interned with the Mississippi Attorney General and was a judicial clerk to the Hon. James M. Moody, United States District Court Judge for the Eastern District of Arkansas. He then practiced with the law firms of Daniel, Coker, Horton & Bell, P.A. (Gulfport); Allen, Vaughn, Cobb & Hood, P.A. (Gulfport); and McGlinchey-Stafford, P.L.L.C. (Jackson) before establishing the Law Offices of Jeffrey G. Pierce, P.L.L.C. in 2009. Currently, Jeff is pursuing a LL.M. (Masters of Law), with Concentration in Business Transactions from the University of Alabama School of Law, a top ranked tier one law school. In 1994, Jeff graduated from the University of Alabama (B.A., honors) where he was an All-American rugby player. In 1999, Jeff graduated from the Mississippi College School of Law (J.D.), in the top 1/4th of the class, where he also received an award for pro bono service as a C.A.S.A. advocate. Prior to enrolling in law school, Jeff studied for a M.A. (English Literature, focus Anglo-Saxon) at the University of Alabama at Birmingham. Since entering law school, Jeff has made Mississippi his home.

Listing last updated: July 18, 2016 at 9:24 am
Ready to write your review?
Can you recommend this attorney? Be the first to review them!