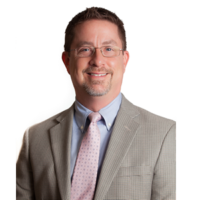 After graduating with a degree in Economics from the University of Delaware in 1989, Mr. Foster went to work for Mobil Oil Company. Subsequently, he attended the University of Georgia School of Law, during which time he interned with the District Attorney for Walton and Newton Counties. After graduating, Mr. Foster worked as a law clerk in the Superior Court of Walton and Newton Counties for Judge John M. Ott. He then joined the District Attorney’s Office where he handled a wide range of matters including wiretap investigations, crimes against children and murder trials. Eventually Mr. Foster was appointed Chief Assistant District Attorney and was given day-to-day management responsibilities for the Walton County office. In August of 2003, Mr. Foster and Ms. Hanks founded Foster & Hanks, LLC. Since its inception, Mr. Foster has defended numerous criminal cases, handled complex estate matters, and has litigated a multitude of civil matters throughout the state and federal courts of northeast Georgia, as well as in the appellate courts. Mr. Foster served in various public service capacities, such as Solicitor of the courts of the cities of Loganville and Social Circle, Judge of the Municipal Courts of Monroe and Social Circle, and Associate Magistrate for Walton County. DUI Attorney Jeffrey Foster continues to manage administrative matters for the firm and focuses primarily on Criminal Defense, Driving Under the Influence, and traffic offenses.

Listing last updated: August 11, 2016 at 4:22 pm
Ready to write your review?
Can you recommend this attorney? Be the first to review them!