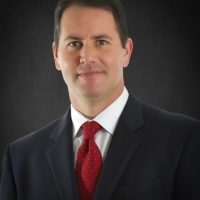 JOHN S. HAGER, ESQ . is originally from Spring Valley, New York. John received his undergraduate education from the University of Florida in 1994. Immediately thereafter, he attended Nova Southeastern University, where he received his Juris Doctorate degree. Upon graduating from law school and passing the Florida Bar, John accepted a position as an Assistant State Attorney in order to gain necessary trial experience and the extensive knowledge of our often complicated Criminal Justice System. During his tenure as a prosecutor, John handled thousands of cases ranging from misdemeanors to felonies and tried hundreds of cases to verdict. After leaving the Broward County State Attorneys office, John accepted a job with the largest insurance defense firm in the state of Florida litigating on behalf of some of the state's biggest insurance companies. John is an active member of The American Bar Association(ABA) , The Association of Trial Lawyers of America (ATLA), The Florida Association of Criminal Defense Lawyers (FACDL) , The Broward County Bar Association , and The Broward County Criminal Defense Lawyer's Association . John was also appointed by the President of the Florida Bar to serve as a committee member for the Traffic Rules Committee in the State of Florida for two terms.

Listing last updated: March 14, 2017 at 3:26 pm
Ready to write your review?
Can you recommend this attorney? Be the first to review them!