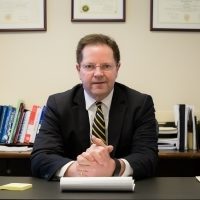 Mr. Donahue began his legal career as a judicial law clerk for the Hon. Alfred J. Lechner, Jr., U.S.D.J. (ret.) in the U.S. District Court for the District of New Jersey. Prior to joining Brickfield & Donahue, Mr. Donahue served as a litigation associate at both Waters, McPherson, McNeill in Secaucus, New Jersey and Reed Smith in Newark, New Jersey. He is a graduate of the Georgetown University Law Center and also earned his undergraduate degree at Georgetown University.

Mr. Donahue is a former United States Marine Corps reservist who was activated for full time duty during the Persian Gulf War.

Listing last updated: June 28, 2016 at 10:57 am
Ready to write your review?
Can you recommend this attorney? Be the first to review them!