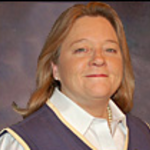 Kathleen N. Carey Law Offices, PLC is the principal and owner of the firm that focuses all of her practice in all Criminal Defense matters with an emphasis in the area of DUI defense with the remaining part of her practice on MVD and/or regulatory hearings/defense. She has been practicing DUI defense since 1997, starting as a student in law school with her first case presented in Tempe, Arizona. Ms. Carey previously worked in the Mesa (SEF) office of the Maricopa County Public Defender where she was assigned primarily felony Criminal cases but began being the one attorney in the office to be assigned to DUI cases and/or vehicular crimes in the her trial group. She received her J.D. from Arizona State University as a Willard H. Pedrick Scholar (1999) where she participated in the Public Defender's Clinic focusing on DUI Defense.

Ms. Carey is a Licensed Attorney in the State of Arizona and a member of the Arizona State Bar Association. She is or has been a member of several professional organizations including the National College of DUI Defense (Current Arizona State Delegate 2012 to Present), Arizona Public Defender Association (legislative and Parity Committees), Arizona Attorneys for Criminal Justice (Legislative and DUI Committees and the statewide Derendal Task Force to preserve the inviolate right to jury trials in Arizona submitting the Amicus Brief on behalf of the Maricopa County Public Defender); and has been a member of the National Association of Criminal Defense Lawyers (State Legislative Network Member) and the American Bar Association. After successfully obtaining a statutory amendment to expand the Committee to include a statewide indigent defense representative, Ms. Carey became the first APDA appointee by the House Speaker to the Arizona Sex Offender Guidelines Committee. She assisted the National Foundation of Women Legislators as a Host Committee member for the 2005 National Conference held in Phoenix, Arizona. She has been certified (admitted) to practice before the Pascua Yaqui Tribal Court.

Listing last updated: June 29, 2016 at 12:29 pm
Ready to write your review?
Can you recommend this attorney? Be the first to review them!