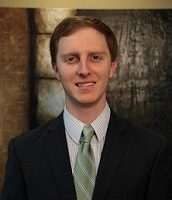 Kevin Marcilliat believes that you deserve more than just finding the best way to plead guilty. A good DWI defense challenges everything about your arrest, from the initial probable cause for the traffic stop, to the breath test and how you were treated at the police station. We do everything we can to fight for a full dismissal of charges or have your charges reduced to a dry violation. When you are charged with DWI, you face up to two years in jail if you are found guilty. Before you panic, though, we want you to know that we are nearly always successful helping our clients obtain a penalty that results in an alternative sentence or program that doesn't include jail. We work closely with the prosecutor to ensure that your future and your family aren't ruined because of a first-time mistake.

Listing last updated: May 8, 2017 at 3:19 pm
Ready to write your review?
Can you recommend this attorney? Be the first to review them!