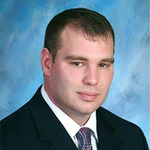 Kevin T. Stewart is a lifelong resident of Mississippi and grew up in the capital city. He has received an Associates of Arts degree from Hinds Community College and a Bachelor of Science in Business Administration from the University of Southern Mississippi. After graduation, he attended Mississippi College School of Law and received my Doctor of Jurisprudence. Once he received my law degree, Mr. Stewart began working with this office and have had the opportunity to accomplish many professional goals. In addition to being qualified to practice in any of the state courts throughout Mississippi, he has been admitted to practice in the Northern and Southern United States District Courts. In 2010, he was also admitted to practice before the United States Supreme Court.

Kevin Stewart has joined many professional organizations over his career; however, one of the most distinguished is the National College for DUI Defense. This is a nationwide collaboration of attorneys who desire to provide the best possible legal defense to those charged with the crime of driving under the influence. He was named the state delegate for Mississippi which allows him the opportunity to assist other attorneys throughout our state and the nation on issues they are facing relating to Mississippi law. He has also had the opportunity to become an adjunct professor for Hinds Community College. He is currently teaching criminal justice classes to the next generation of law enforcement officers, paralegals, and attorneys.

Listing last updated: July 18, 2016 at 10:29 am
Ready to write your review?
Can you recommend this attorney? Be the first to review them!