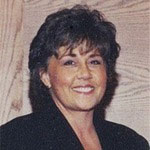 Ms. Hunter is an experienced South King County criminal defense attorney who believes that everyone is entitled to knowledgeable and effective legal representation. She works diligently to advocate for her clients. She is ready and willing to provide you with dedicated legal representation as your ally and your advocate.

In her practice as a criminal attorney in South King County, Ms. Hunter emphasizes criminal defense work with a special interest in domestic violence and DUI cases.

As a known criminal defense attorney in South King County, she proudly displays the association and achievement logos you see on this site that demonstrate and acknowledge her highly professional and excellent standard of service.

Before opening her private practice, Ms. Hunter was an associate attorney with Tucker and Stein, P.S. There she handled private criminal defense cases as well as working as the Public Defender for the City of Bellevue and the City of Redmond.

Ms. Hunter is a graduate of Gonzaga Law School. At Gonzaga, she was selected for the National Trial Team, where she competed with other Law Schools in a Trial Competition. She was also involved in many volunteer programs including the Mentor Program, The Street Law Program, Moot Court and the Student Bar Association. She was a Quarter Finalist in the Linden Cup Appellate Competition, and was awarded Fourth Place in the Negotiation Competition. She co-founded the Gonzaga Animal Legal Defense Fund, an offshoot of the national organization. Kim was also a member and Secretary of Phi Delta Phi, a Scholastic Honorary Society.

Additionally, she joined the Center for Law and Justice and worked as a Legal Intern, taking cases to court and representing clients.

Ms. Hunter was on the Dean’s Council and the Dean’s Honor Code Council. She also worked for the Spokane Prosecuting Attorney’s Office while attending Law School.

Kim was born in Spokane, Washington and moved to Seattle to attend the University of Washington where she was chosen to enter a pilot Bachelor’s program on Biomedical History and Ethics. In addition to her J.D. from Gonzaga Law School, she has an MBA from City University.

Listing last updated: June 29, 2016 at 10:45 am
Ready to write your review?
Can you recommend this attorney? Be the first to review them!