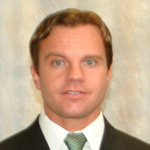 Lance O. Mixon is one of Mississippi's preeminent attorneys whose practice focuses on criminal defense and driving under the influence (DUI) litigation. He is a graduate of The Florida State University with a Bachelor of Science degree in Criminology. Lance received his Juris Doctor from Mississippi College School of Law, is admitted to practice in all Mississippi state courts, the United States District Courts for the Northern and Southern Districts of Mississippi, and the Supreme Court of the United States. His practice consists of both the trial and appellate litigation of DUI and criminal cases, and he has handled matters across Mississippi in numerous municipal, justice, county, and circuit courts, spanning sixty-four (64) counties as of mid-2011. Lance has also represented a client in a criminal case on a pro hac vice basis in Alabama. He has handled appeals in the Mississippi Supreme Court and Court of Appeals. Lance's reported cases include Gilpatrick v. State of Mississippi, 991 So. 2d 130 (Miss. 2008), which was decided by the Supreme Court of Mississippi, and Deeds v. State of Mississippi, — U.S. —, 131 S.Ct. 150, 178 L.Ed. 2d. 37 (2010), which eventually made its way to the U.S. Supreme Court in Washington, D.C..

While in law school, Lance was a law clerk for his mentor, nationally renowned DUI defense attorney Victor W. Carmody, and is now an associate of the Carmody Law Office, based in Flowood. He is a proud member of the prestigious National College for DUI Defense (NCDD), in which he has attended the annual summer session at Harvard Law School. Lance is also a member of the National Association of Criminal Defense Lawyers (NACDL). Lance has attended numerous conferences and seminars about the defense of DUI cases across the United States, and he regularly instructs at seminars in Mississippi on topics such as field sobriety tests and DUI case law. Lance has received advanced training related to the Intoxilyzer® 8000 breath testing machine, and is also certified in Standardized Field Sobriety Testing. Attorneys from around the state routinely contact him for advice and insight on DUI law, procedures, and strategies in representing citizens accused of DUI.

Avvo, a popular national lawyer ratings service, rates Lance as a perfect 10 and “Superb” in the areas of DUI and criminal defense. See http://www.avvo.com/search/lawyer_search?_snowman_=%E2%98%83&q=dui&loc=mississippi. In 2010, The National Trial Lawyers (formerly the American Trial Lawyers Association) selected him as one of the top 100 trial lawyers in the state of Mississippi. See http://www.thenationaltriallawyers.org/top-100-lawyers-mississippi.html. Lance is currently the youngest attorney in the state to belong to this elite class of prominent trial lawyers.

Lance's expertise in DUI law and criminal defense also extends to his writing abilities. He is a co-author of Mississippi DUI: Law and Practice, a publication of Thomson-West, Understanding DUI Scientific Evidence, 2010 Edition, by Aspatore Publishing Company, and Mississippi Criminal Trial Practice Forms by Thomson-West.

Most of Lance's clients who are charged with DUI stand to lose a great deal: driver's license, job, career promotions and progress, academic opportunities, clean record, and reputation in the community. These are things that are in addition to the mandatory sentencing laws which courts are required to impose, which consist of, among other things, jail, fines and court costs, attendance at alcohol safety education classes, etc.. Not only that, a criminal conviction for DUI in Mississippi will result in a permanent conviction which can NEVER be expunged from one's criminal record. The long-felt ripple effect of a DUI conviction all-too-often results in loss of employment or modification of employment, adjustments in vehicle insurance (which includes MANDATORY SR-22 high-risk insurance in order to reinstate the driver's license), and a negative social and professional stigma. Groups such as M.A.D.D. have contributed to a widespread belief that a DUI offender is necessarily an alcoholic, a deadbeat, a potential killer (in an alcohol-related car accident). Lance knows and understands that this is far from the truth. The overwhelming majority of his clients are first-time offenders who have never been in trouble before, much less charged with a crime. However, Lance also represents subsequent offenders and those charged with felony DUI involving injuries or deaths.

Lance has represented clients ranging from nearly all walks of life: construction workers; truck drivers; military officers; college students; SEC student-athletes; law students; medical students; nurses; pharmacists; business owners; doctors; and other attorneys, just to name a few. He firmly believes that DUI law and procedure is at the forefront of the erosion of many constitutional rights in the criminal justice system: the presumption of innocence; the 4th Amendment protections which encompasses traffic stops, searches and seizures; the 5th Amendment right to silence and against self-incrimination; the 6th Amendment right to a lawyer; and the basic, fundamental due process rights to fairness in criminal proceedings, among other things.

Listing last updated: July 18, 2016 at 10:08 am
Ready to write your review?
Can you recommend this attorney? Be the first to review them!