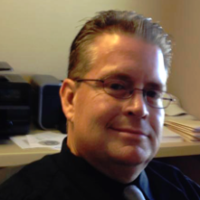 Todd Glover has worked as a Deputy County Attorney for Yavapai and Lapaz Counties and as a Peoria, AZ and Glendale, AZ Municipal Prosecutor. He has received extensive training and experience with misdemeanor and felony DUI and Criminal Law and earned a reputation as an aggressive attorney, but extremely fair prosecutor.

After many years as a government prosecutor, Mr. Pittman began his own DUI and Criminal Defense Law practice with the belief he would be more effective helping people with their DUI and criminal legal issues as a defense attorney. He has chosen to focus his practice to those charged with DUI and criminal offenses, primarily in the west valley of Maricopa County, including the cities of Surprise, Glendale, Peoria, Goodyear, Avondale, El Mirage, Buckeye, and Maricopa County Justice Courts.

Listing last updated: June 29, 2016 at 12:01 pm
Ready to write your review?
Can you recommend this attorney? Be the first to review them!