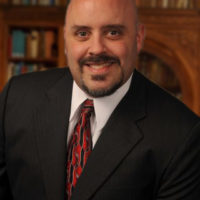 As a former Prosecutor, Michael Bruckheim has experience on the other side of the aisle. Prior to founding his law office in 2010, Mr. Bruckheim enjoyed a diverse career in litigation at the Office of the Attorney General for the District of Columbia (OAG) serving for over 11 years. He began his OAG career as a prosecutor in the Criminal Section where he conducted numerous bench and jury trials in traffic and criminal misdemeanor matters. Mr. Bruckheim was promoted and served as Chief of the Criminal Section at the OAG where he supervised the prosecution of DUI offenses in the District and directed a staff of over 20 attorneys.
Mr. Bruckheim has completed more training in DUI defense than any other practicing lawyer in the District of Columbia. He is trained to administer field sobriety tests according to National Highway Traffic Safety Administration (NHTSA) standards and trained as a NHTSA field sobriety test instructor. Mr. Bruckheim is the only licensed attorney in the District of Columbia to have completed a series of intensive trainings in forensic chromatography, which clued courses in Chromatography Theory and Practice, Forensic Drug Analysis, and Forensic Principles of Driving Under the Influence of Drugs. These trainings were successfully completed at the prestigious Axion Labs in Chicago, IL. In addition to these trainings, he is trained in the use of the Intoximeter EC/IR II breath instrument and has completed training in the field of drug recognition.
His efforts in this field led to him being named as a Forensic Drug and Alcohol Lawyer Specialist by the American Chemical Society. In addition, he is trained in the use of the Intoximeter EC/IR II breath instrument and has completed training in the field of drug recognition.
Based on all of his training, Mr. Bruckheim published the only book which instructs an individual on how to defend a DUI charge in the District of Columbia, Understanding Changes to DC DUI Laws: What You Need to Know. In addition, Mr. Bruckheim has published chapters in Inside the Minds: Witness Preparation and Examination for DUI Proceedings, and Inside the Minds: Trends in DUI Discovery. To spread his wealth of knowledge in the field of DUI Defense to other attorneys and practitioners, he has administered several training seminars.
Mr. Bruckheim’s litigation experience also extends to the civil realm. He spent several years practicing in the Civil Division at the OAG where he represented the District of Columbia in all phases of litigation in a variety of subjects, including employment discrimination, failure to accommodate disabilities, police misconduct, and personal injury. With years of experience defending against civil actions, Mr. Bruckheim understands what it takes to bring a successful lawsuit for virtually every type of claim. During his tenure at OAG, Mr. Bruckheim served as the Attorney/Advisor in the District of Columbia Office of Human Rights. He reviewed hundreds of cases alleging disparate treatment, hostile work environment, retaliation, failure to accommodate disabilities, and violations of the District of Columbia Family and Medical Leave Act. Mr. Bruckheim’s extensive experience in evaluating discrimination complaints is of great assistance to clients who seek advice in such matters.
As an Adjunct Professor of Law, Mr. Bruckheim teaches in the Trial Advocacy Program at the American University Washington College of Law. Since 2008, he has taught courses in Evidentiary Foundations and Objections, Evidence, and Pre-Trial Civil Litigation. Mr. Bruckheim previously served as an Adjunct Faculty Coach for the American University Mock Trial Honor Society where he coached teams of law students in trial advocacy competitions.
Mr. Bruckheim is a native of Montgomery County, Maryland and graduated from Walt Whitman High School. He received his Juris Doctor from the American University Washington College of Law in 1996 and graduated Cum Laude with a Bachelor of Arts in economics in 1993 from Brandeis University. Throughout his academic law school career, Mr. Bruckheim was a member of the Law Review and the Moot Court Executive Board. In addition, he participated in the Criminal Justice Clinic and had the opportunity to represent clients in criminal matters in the Montgomery County District and Circuit Courts and spent a semester prosecuting criminal matters as a Rule 16 student in the State’s Attorney’s Office for Montgomery County.
Mr. Bruckheim is barred in the District of Columbia and Maryland. He is federally barred in the United States District Courts for the District of Columbia and Maryland. Mr. Bruckheim is a trained mediator and arbitrator, and has successfully mediated several employment discrimination claims.
While not busy at the office, Mr. Bruckheim enjoys spending time with his beautiful wife and two children. He is a member of the National College of DUI Defense and currently serves as the NCDD’s Delegate for the District of Columbia. Mr. Bruckheim is actively involved as a member of the District of Columbia Superior Court Trial Lawyers Association (DCSCTLA), the National Association of Criminal Defense Lawyers, the DUI Defense Lawyers Association, and the Maryland Criminal Defense Attorneys Association. He was named as one of the top 100 lawyers by the National Criminal Trial Lawyers Association for 2013, 2014 and 2015.

Listing last updated: May 16, 2017 at 11:12 am
Ready to write your review?
Can you recommend this attorney? Be the first to review them!