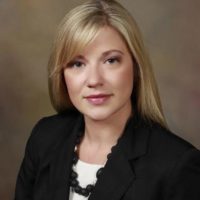 Welcome to the Law Office of Morgan Leigh Blackledge, an experienced criminal defense and traffic defense firm practicing in Maryland and Washington, DC. Overzealous law enforcement officers and prosecutors threaten the freedoms and interests of people every day. Attorney Morgan Blackledge founded the firm to fight for the rights and freedoms of individuals charged with criminal and traffic crimes in Maryland and Washington, DC.

In addition to representing clients in criminal and traffic proceedings, Ms. Blackledge represents clients at administrative hearings before the Motor Vehicle Administration (MVA) in Maryland and the Department of Motor Vehicles (DMV) in Washington, DC. The firm has successfully defended the rights of persons arrested and accused of crimes, including but not limited to: possession of a dangerous weapon, assault on a law enforcement officer, driving under the influence (DUI), assault, theft, fraud, possession of a controlled dangerous substance, reckless endangerment, prescription fraud, identity theft, credit card fraud, burglary, violation of probation, driving on a suspended license, driving without a license (DWOL), fleeing and eluding a police officer, and many other criminal and traffic charges.

Prior to opening the Firm, Morgan Blackledge served as an Assistant Public Defender for the Office of the Public Defender of Maryland for Montgomery County. During her tenure as a Public Defender, she represented thousands of individuals charged with criminal and traffic offenses in Maryland and gained extensive litigation experience in complex criminal defense and traffic defense matters.

Attorney Morgan Leigh Blackledge cares deeply about the communities she serves. In addition to providing zealous advocacy to clients, the firm donates time and services to pro bono causes, such as representing victims of domestic violence in custody, divorce, and protective order hearings.

Listing last updated: June 17, 2016 at 4:29 pm
Ready to write your review?
Can you recommend this attorney? Be the first to review them!