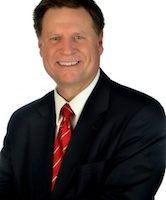 Dallas criminal defense attorney Neil Pask devotes himself exclusively to representing individuals accused of criminal offenses. For the past 25 years. Neil has been at the center of the criminal justice system. Prior to becoming judge, Neil served for over 17 years as an Assistant District Attorney in the Dallas County District Attorney’s office. As a Chief Felony Prosecutor, he tried everything from DWIs to Capital Murders, including four death penalty cases. During his last four years in the office, he was Chief of the Misdemeanor Division, supervising 39 prosecutors in 13 courts. In this role, Neil supervised the prosecution of all misdemeanor DWI cases.

Listing last updated: March 17, 2017 at 3:22 pm
Ready to write your review?
Can you recommend this attorney? Be the first to review them!