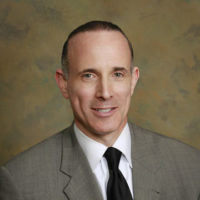 Juries swayed…Judges convinced…Acquittals won. Peter Fayne has represented the Davids of the world against the Goliaths of federal and state prosecutors. His cases are the stuff of legends…

Mr. Fayne recently won a lengthy jury trial in a murder case in which his client was charged with first-degree murder and 22 other counts in connection with an alleged home invasion slaying. Remarkably, it took the jury only 37 minutes to acquit Mr. Fayne’s client of all 23 counts.

In yet another high-profile murder case, prosecutors thought they had a strong murder case against Mr. Fayne’s client, as his client’s DNA and fingerprints were found at the crime scene and an eyewitness had identified him as the perpetrator. This challenging and complex trial lasted for a week, but the jury needed just 90 minutes to deliberate before acquitting Mr. Fayne’s client of all charges.

As one of the Principals of the heralded trial lawyer firm of Rosenberg, Fayne & Raden, LLP, Peter Fayne has cemented his reputation as an exceptional and gifted trial lawyer over the past two decades with major jury trial acquittals in high profile criminal cases in the State of Maryland and Washington, D.C.

As a direct consequence of his success, Peter Fayne has had the privilege of representing dozens of prominent figures in the Washington, D.C. metropolitan area over the years. His client roster includes many notable figures in the worlds of politics, sports and business, including a former member of a Presidential administration, a member of the United States Olympic team and an owner of a well-known, area business.

Peter was born in New York. He attended the University of Maryland as an undergraduate and later earned his Juris Doctorate from the University of Baltimore School of Law. While at Maryland, Peter was a varsity letterman on the Track and Field Team as a decathlete. He was also elected to the Atlantic Coast Conference All-Conference team for his performance in the decathlon and he was selected as an Atlantic Coast Conference Academic All-Conference member for his academic achievements. Finally, because of Peter’s decathlon scores, he is still recognized as one of his alma mater’s elite athletes and remains in the University of Maryland’s All-Time Top Ten.

Upon graduation from law school, Peter began his legal career as an Assistant State’s Attorney prosecuting cases in the Baltimore County Office of the Maryland State’s Attorney. Not long after, however, Peter resigned from this position to pursue his dream and train for the United States Olympic Track and Field Trials in the decathlon. Later returning to the legal profession, Peter went into private practice and began practicing law on the other side of the courtroom as a criminal defense attorney.

Peter began working for the legendary criminal defense attorney, Fred R. Joseph. Under Mr. Joseph’s tutelage, Peter learned the craft and art of being a successful criminal defense attorney and, after several years of seasoning, Peter left to start and become a founding Member of the preeminent litigation boutique law firm of Rosenberg, Fayne & Raden, LLP, a law firm dedicated, in part, to the defense of those accused of crimes in both State and Federal court.

Peter has been named a “Super Lawyer” for Maryland and Washington, D.C. every year since 2008. He is acknowledged by his peers for possessing the highest rating for both ethics and legal ability. Peter is known for providing the utmost level of knowledge and understanding to his clients confronted with criminal charges and the difficulties such charges pose in his clients’ lives. He is sought after for his concise and accurate explanation of all levels of court proceedings. Your dilemma becomes his personal crusade. Your confidences are strictly kept and you, as an individual, will receive the respect and care required during this stressful time. Always breaking ground in the criminal defense arena and consistently setting precedent, Peter has long established his reputation as a top-notch jury trial lawyer with countless acquittals and highly favorable plea arrangements for his clients. He has also been quoted numerous times by The Washington Post for his opinions concerning criminal law issues of the day.

Listing last updated: July 5, 2016 at 10:33 am
Ready to write your review?
Can you recommend this attorney? Be the first to review them!