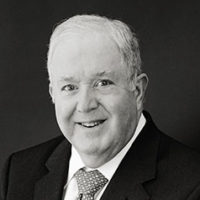 Attorney Richard F. Kodzis exclusively devotes his law practice to defending people who have been accused of a criminal offense or drunk driving (often referred to as a DWI, DUI or OVI) by law enforcement agencies in the State of Maryland, and those people who are in need of legal assistance for an MVA hearing.

Attorney Richard Kodzis is licensed to practice law in the state of Maryland. He represents people in every court in Maryland, and most frequently appears in the courts in Anne Arundel County, Howard County, Prince George County, Montgomery County, and Calvert County, Howard County, Hartford County, Carroll County and Baltimore County, Maryland. His office is located in Glen Burnie, and he often travels to Annapolis, Ellicott City, Westminister, Towson and Baltimore, Maryland, as well as Fort Meade and the U. S. Naval Academy at Annapolis.

Listing last updated: July 5, 2016 at 10:19 am
Ready to write your review?
Can you recommend this attorney? Be the first to review them!