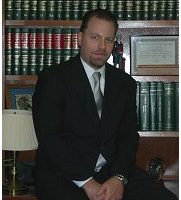 Richard Wall is a criminal defense attorney from Norman, Oklahoma. He is a life-long resident of Norman, graduating from Norman High School in 1986. He attended the University of Oklahoma where he was a five-time recipient of the Director's Award from the H.H. Herbert School of Journalism and Mass Communication and was listed six times on the President's Honor Roll. He graduated with distinction from the University of Oklahoma in 1990 with a degree in journalism. Mr. Wall attended law school at the University of Oklahoma College of Law where he was listed on the Dean's Honor Roll and received the American Jurisprudence Award for Trial Techniques. He has focused his law practice primarily on criminal defense since his graduation from law school in 1993.

Mr. Wall is a member of numerous legal associations including the Oklahoma Bar Association, Oklahoma Criminal Defense Lawyers Association, Cleveland County Bar Association, National Association of Drug Court Providers and the National College for DUI Defense. He has also been named as one of the top attorneys in Oklahoma by Super Lawyers Magazine.

The National College for DUI Defense is a prestigious association of attorneys who focus all or part of their practice on this area. Mr. Wall is one a select few Oklahoma attorneys who holds membership in this exclusive group. Membership in the college allows him to keep up to date on the latest DUI laws and defense strategies. As a member of the National College for DUI Defense, he has the opportunity to network with some of the finest DUI lawyers in the country. To ensure that members maintain the level of competence expected by the association, all members are required to receive continuing education focusing on DUI defense.

Listing last updated: July 7, 2016 at 12:11 pm
Ready to write your review?
Can you recommend this attorney? Be the first to review them!