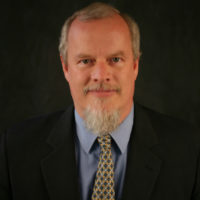 In May 1998, Mr. Murray had the Boone County's then-existing speeding law declared invalid by the Circuit Court, which led to the dismissal of over 400 speeding cases. He is a member of the National College of DUI Defense (NCDD), the Missouri Bar Association, the Boone County Bar Association, and the Missouri Association of Criminal Defense Lawyers. He has lectured multiple times since 2001 for the Missouri Bar in areas of DWI, Traffic, and Criminal Defense, and served as the Planning Chairman and Moderator of Defending DWI/DUI seminars across the state in 2002. Mr. Murray was on the DWI Law and Practice Planning Committee for the MoBar DWI CLE desk book that was published in 2004. He has attended over 25 national conferences sponsored by the NCDD since 2003, including the annual NCDD Trial College at the Harvard Law School. He taught DWI Law to the University of Missouri's Trial Practice Program in the summer of 2004, and has lectured frequently to student groups at the University of Missouri and local high schools. Mr. Murray attended the three-day National Highway Traffic Safety Administration Standardized Field Sobriety Test Practitioner Course in Florida in November 2007, and has been nationally certified by NHTSA to administer and interpret SFSTs. In December 2007, he presented two informational DWI podcasts for the Missouri Bar directed by private citizens and attorneys.

Listing last updated: June 30, 2016 at 3:59 pm
Ready to write your review?
Can you recommend this attorney? Be the first to review them!