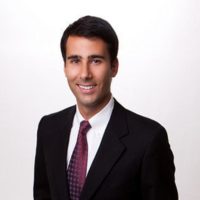 Seth Rose is a graduate of the University of South Carolina School of Law and a former Richland County (Columbia, SC) Assistant Solicitor--a position in which he prosecuted at trial various crimes, including DUI, Drug & alcohol offenses, burglary, armed robbery, and even murder.

Listing last updated: June 28, 2017 at 1:36 pm
Ready to write your review?
Can you recommend this attorney? Be the first to review them!