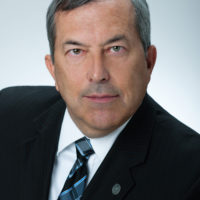 Since 1980, Steve has successfully defended hundreds of people in all areas of criminal law throughout the United States and on active military duty in Europe. He started his New Mexico practice in 1985 and has represented countless defendants accused of assault and battery, domestic violence, driving while intoxicated (DUI), drug trafficking, murder, to name the more common charges, in both state and Federal court.

Listing last updated: July 20, 2016 at 10:43 am
Ready to write your review?
Can you recommend this attorney? Be the first to review them!