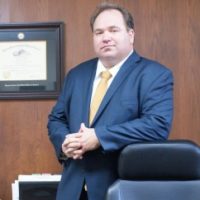 Stephen Wyse founded the Wyse Law Firm, P.C., in 2002 in Columbia, Missouri. Stephen is a native of Richmond, Missouri. At Richmond High School, Stephen played football, basketball, tennis and was the high school Chess Champion. Stephen served in the United States Army as a Military Police Sergeant, and his duties included patrol, later attached to Army CID on a drug suppression team, a customs investigator/inspector in Italy, and a machine gun squad leader in a strategic MP unit

Listing last updated: June 15, 2017 at 10:13 am
Ready to write your review?
Can you recommend this attorney? Be the first to review them!