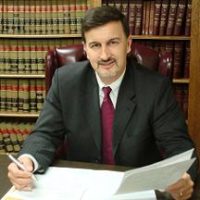 Once exclusively used by lawyers as a first screen when they needed to hire a lawyer they did not know personally, the Rating has now become a great way for anyone with internet access to screen a lawyer. The rating represents the pinnacle of professional excellence. As a result of this honor, American Registry LLC, has added Attorney Steven J. Topazio to The Registry™ of Business and Professional Excellence.

Attorney Topazio was included on the list of 2015 Massachusetts Super Lawyers. Super Lawyers, part of Thomson Reuters, is a prestigious rating service that recognizes outstanding lawyers from more than 70 practice areas who have attained a high-degree of peer recognition and professional achievement. No more than 5 percent of lawyers in Massachusetts are eligible to be named to the Super Lawyers.

Super Lawyers selects attorneys using a patented multi-phase selection process. Peer nominations and evaluations are combined with independent research. Each candidate is evaluated on 12 indicators of peer recognition and professional achievement. Selections are made on an annual, state-by-state basis.

Everyone knows that the consequences of an arrest and the possibility of being convicted and losing one’s liberty can be devastating. Admitting to a crime that you didn’t commit can ruin your life. The Criminal Justice System can be confusing and intimidating when you experience it for the first time. An arrest or criminal charge can cause you to become desperate, anxious and at times even willing to succumb to those charges without a fight. Becoming powerless to prevent an injustice is not an option.

Hiring the right lawyer is critical to a successful outcome. You have to have confidence in the attorney you select and trust that his legal skills and abilities will deliver the best possible results for you. This is why from the initial interview, Attorney Topazio will meet with you personally and take time to listen to your side of the story. Not only will he discuss your case with you, but he will also review your legal options and possible defenses. You will take comfort in knowing that you have hired an attorney who will work tirelessly on your behalf and answer all of your questions to earn your trust and respect. Attorney Topazio is a skilled Massachusetts Criminal Defense Attorney who is both an aggressive advocate in and out of the courtroom and a lawyer you can rely upon to get the job done right.

Unlike some of other bigger impersonal Criminal Defense firms in Massachusetts, Boston Criminal Attorney Steven J. Topazio will never pass your case off to an inexperienced associate after the initial consultation. In order to obtain the best possible outcome The Law Offices of Steven J. Topazio handles each case to its conclusion.

Listing last updated: June 30, 2016 at 9:51 am
Ready to write your review?
Can you recommend this attorney? Be the first to review them!