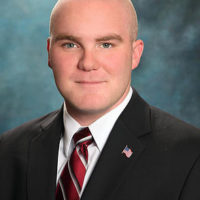 Tyler Loontjer received his law degree from Creighton University School of Law in 2012 and is licensed to practice law in the State of Iowa and the State of Nebraska. Tyler maintains a practice which includes, but is not limited to Criminal Defense, OWI/DUI Defense, Civil Litigation, Juvenile & Family Law, Personal Injury, and Wills and Estate Planning.

Tyler is originally from Deshler, Nebraska, a small town in South Central Nebraska, where he grew up on a family farm. He is an avid outdoorsman and an active Nebraska Freemason. Prior to joining the Tackett Law Offices Team, Tyler worked in construction and as an Archery Shop Manager. He received his Bachelor’s degree in Political Science from Creighton University in 2009. Tyler is a member of the American Bar Association and the American Association of Premier DUI Attorneys.

Listing last updated: July 15, 2016 at 2:10 pm
Ready to write your review?
Can you recommend this attorney? Be the first to review them!