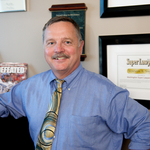 Vernon A. Smith Attorney at Law

Vern has been defending those accused of DUIs for most of his legal career in the law, first as a public defender and since ‘91 in private practice. He is not only one of the founding members of the National College for DUI Defense, but he is also one of the first lawyers in the nation to be Board Certified in DUI defense by that organization. Currently, he is one of only 3 lawyers so certified in Washington currently.

A 1975 graduate of Johns Hopkins University, he received his law degree from the University of Puget Sound Law School (now Seattle University Law School) Magna Cum Laude in 1987, he has over 25 years experience defending DUIs. He has well earned his reputation as a tenacious trial advocate in well over 1,000 DUI and criminal cases, beginning as a Staff Attorney for the Seattle-King County Public Defenders Association and in over 20 years of private practice. In addition to being a graduate of the rigorous National Institute for Trial Advocacy, he was certified in administering Standardized Field Sobriety Tests in 1996, and again in 2001. He was named "Super Lawyer" by Washington Law & Politics from 2006 thru 2015.

He is recognized by his colleagues as a seasoned DUI defense pro. He has lectured or conducted workshops for other lawyers on such diverse topics as "Cross-examination of the Arresting Officer," "The DataMaster," "Cross-examination of the State's Breath Test Expert," "Jury Selection in DUI Cases," "Winning Administrative License Suspension Hearings Before the Department of Licensing," and on the significant changes in Washington's DUI laws over the years.

Listing last updated: June 29, 2016 at 9:37 am
Ready to write your review?
Can you recommend this attorney? Be the first to review them!