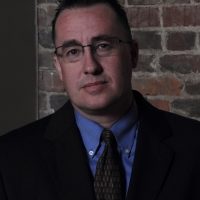 Will began practice with Gannaway, Fiorella and Cummings before being recruited by Shawn Askinosie to head up the launch of a niche practice in Springfield, MO. In April, Will and Shawn launched The Ticket Center - a traffic and DWI specific firm that utilized custom computer software to successfully handle thousands of traffic cases a year quickly and efficiently. During this time Will took and passed nine exams to become a Microsoft Certified Systems Engineer +Internet.

In the fall of 1999, Will joined the Greene County Prosecutor's Office as an Assistant Prosecutor to expand his experience in Criminal Law. While working in what is now know as the General Crimes Unit, Will helped implement a new computerized case management system as well as his courtroom duties.

Since opening his own firm, Will has become known as an ethical, knowledgeable and aggressive Criminal Defense Attorney. He was awarded the Springfield Business Journal's 40 under 40 award in 2009 and was named a Rising Star by SuperLawyers in 2011.

Will is a 4th Degree Black Belt with the American Taekwondo Association and a Certified National Instructor. He is the 2009 & 2012 Missouri State Champ in points sparring.

Listing last updated: July 1, 2016 at 9:48 am
Ready to write your review?
Can you recommend this attorney? Be the first to review them!