Best DWI Attorney is dedicated to providing a comprehensive list of the best DUI attorneys in Richmond who best fit the needs of each case. This page provides those recommended as the best Richmond DUI attorneys based on filters, compatibility, and a financial commitment on behalf of the law firms. 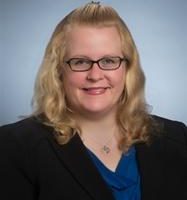 Headquartered in Richmond, Virginia, Coates & Davenport has represented clients throughout Virginia, the District of Columbia and beyond for more than four decades. When you face legal issues, the pressure of choosing the right lawyer can be a great burden. So much depends on picking the right firm, with the right knowledge to develop creative solutions, the right experience, so your issue does not have a steep learning curve, and the right personal chemistry so you don't feel disconnected and in the dark.

If you have been charged with a serious traffic violation such as reckless driving, a DUI/DWI or a criminal offense, it is important to hire the best attorney you can find. A conviction for a serious traffic violation or a criminal offense can have significant long-term consequences. Even a conviction for simple speeding should be avoided if at all possible. 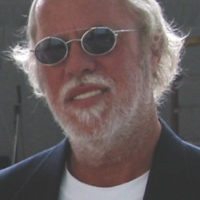 Our firm's philosophy is to provide our clients with the highest quality of legal representation, innovative legal solutions, and an unsurpassed dedication to quality customer service. The high standard of our legal work has earned our firm the reputation as a trusted resource for clients. We have appeared in nearly all 95 counties and 40 independent cities throughout the Commonwealth of Virginia, and have established offices in four locations. We currently service almost the entire state except for the far western regions. With an experienced and skilled Virginia drunk driving defense attorney who specializes in the defense of those accused of drinking and driving, you may have a winning chance in court.

Bob Battle is a nationally recognized DUI & Reckless Driving Speeding attorney and professional speaker. He is frequently invited to speak to attorney and business groups on a variety of legal and non-legal issues.

Matt C. Pinsker is a criminal defense attorney, professor of criminal justice, an author, and a constitutional scholar. He previously served the Commonwealth as a state prosecutor and magistrate, offering him unique insight from both sides of the legal aisle. An established expert in national security law and criminal procedure, Pinsker was selected by the United States Armed Forces to serve as a Judge Advocate General (JAG), focusing specifically on Trial Defense Services.

Jonathan was born and raised in Fairlawn, VA. He graduated from Virginia Tech in 1998 with a Bachelor’s Degree in history and immediately enrolled at the Penn State – Dickinson School of Law, where he graduated in 2001. He was the only member of his law school class to immediately open his own solo practice after passing the bar. To gain as much experience as possible he immediately joined the court-appointed lists in his and all surrounding jurisdictions, and within several years had defended nearly 1,000 criminal felonies and misdemeanors.

Before coming to Hopewell to practice law, Daniel Leavitt attended Liberty University School of Law. During law school, Daniel earned high marks in nearly every class, graduating with high honors in the top of his class. He participated in the Liberty University Law Review and competed in Moot Court and Negotiation tournaments.

"I have been practicing law since 1980 and have defended D.U.I. and traffic cases in the City of Richmond and Petersburg, in the counties of Chesterfield, Henrico, Hanover, Caroline, New Kent, Goochland, Powhatan, Amelia, and Prince George. I have tried cases in the General District Courts of these locations as well as the Circuit Courts..." - Joe McGrath

John Weiland is a fast-thinking trial attorney who focuses his practice on criminal and traffic defense. John has successfully represented thousands of reckless driving, DUI / DWI, underage possession of alcohol, and possession of marijuana clients. Before defending those accused of crimes and traffic violations, John litigated complex civil cases in Virginia and Federal courts. This research and writing-intensive background have provided John a unique analytical skill set for applying new, creative and successful legal arguments to otherwise extremely difficult criminal and traffic cases.

We have searched to find the best DUI attorneys / lawyers in Richmond; those who are experienced with DUI law and who know how to deal with the affects of being arrested for DUI. These top-rated attorneys focus a significant portion of their practices to defending those accused of DUI and they understand that the consequences of a DUI conviction can destroy reputations, families, careers, and finances. They have dedicated themselves to helping people who are in danger of losing much of what they have worked for.

These best DUI attorneys of Richmond are continually learning and staying abreast of the latest changes in DUI laws in the state of Virginia and have demonstrated an ability to navigate through a Richmond courtroom. When you have an attorney who is experienced with DUI offenses you will feel more confident and calmer than when you are dealing with someone who is a general practice attorney who takes any and all cases.

Attorneys accepted as the best DUI lawyers in Richmond must show they devote a significant portion of their practice to DUI defense. Lawyers chosen to be a part of Best DWI Lawyers are experts in their field and we choose who will be rated with Best DWI Lawyers. If one of our top rated attorneys receives a complaint and does not respond to it in a satisfactory manner we can and do remove them from the site.